NATS is developing tools intended to support the tower’s controllers, testing the use of high-definition video coupled with machine-learning to address the restrictions presented during inclement weather.

The 87m tower is the tallest in the UK and suffers from ‘tower in cloud’ days when local fog limits visibility. Controllers have to rely on ground surveillance equipment – with a relatively slow update rate – to check that arriving aircraft have vacated the runway.

Procedural limitations on ‘tower in cloud’ occurrences, which occur 12-15 times per year and typically last 90min, effectively cut the landing rate by 20%.

NATS is building a safety case for a hold-line surveillance tool which uses 4K high-definition cameras located near the runway exits to scan a vacating aircraft and determine the precise moment when it clears the runway.

Chief solutions officer Andy Taylor says this will provide controllers with an “instant” ability to issue a clear-to-land instruction to following aircraft. 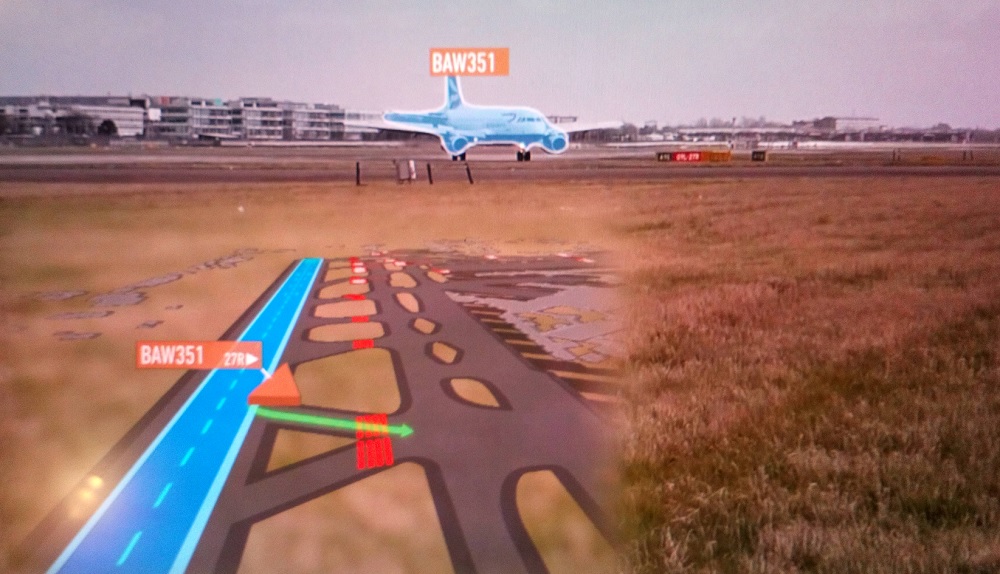 The system uses an artificial intelligence and neural network system, known as Aimee and devised by NATS’s digital technology partner Searidge. Aimee has learned to recognise when an aircraft has left the runway, after studying thousands of arrivals.

Two cameras – located on a mast between exits A9W and A10E on the northern runway 27R/09L – are being used for testing, but Taylor says this could potentially expand to cover all 34 exit points.

NATS is collecting data this winter to validate system performance in situations where runway visual range is reduced.

While the use of cameras to transmit images is the basis of remote-tower operations, the Heathrow initiative is only superficially similar.

Unlike the remote-tower strategy at London City airport, relocating controllers to a separate facility is not the driving aim at Heathrow. The Heathrow hold-line surveillance will be integrated with controllers’ existing airport map displays in the current tower.

“This is very different to what we’ve seen before,” said Taylor during a demonstration held in NATS’s digital laboratory, located in the base of the Heathrow tower.

Searidge chief technology officer Alex Sauriol says the video transmission is “the only thing in common” with remote tower installations and “almost incidental” in the case of the Heathrow scheme.

“We’ve pretty much reached the limits of what we can do with human performance,” he adds. “With the support of technology and artificial intelligence, you can give [controllers] thinking space back.”

Along with the Aimee-driven airport map tool, the digital laboratory also features a wall display presenting a panoramic high-definition view of the airport derived from 18 additional cameras on the tower itself. 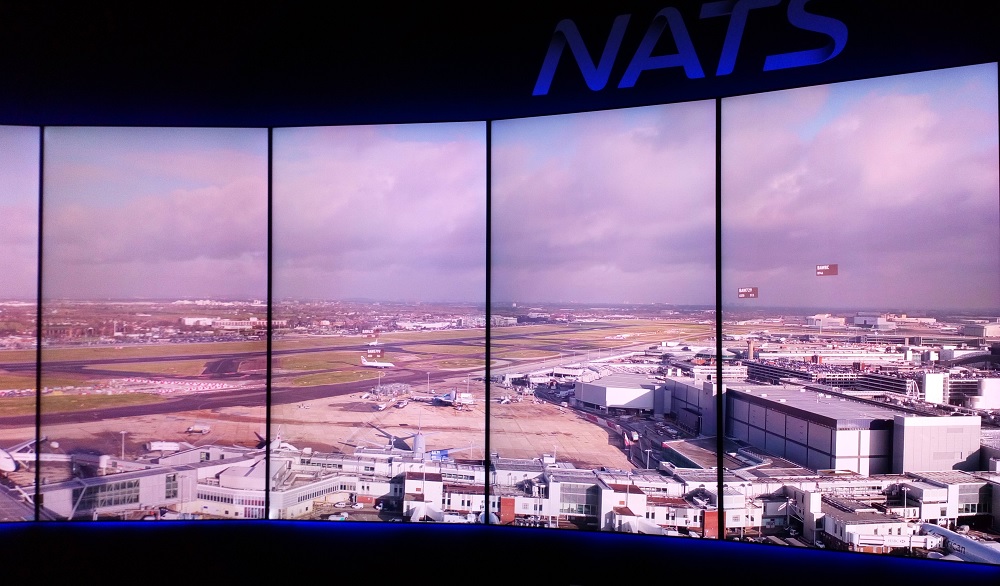 NATS has shown off the potential for technology to enhance this visual presentation, introducing tagging – containing such information as callsign, aircraft type and designated parking stand – to enable controllers to pay more attention to the movements outside rather than constantly having to scan between the tower windows and their workstation displays.

Tagging also assists controllers to track taxiing aircraft which might be hidden by terminal buildings or other structures.

The panorama can be switched between areas of the airport, and the enhancements include overlays marking the runways and taxiways to help improve situational awareness in poor weather conditions.

NATS says the visual image transmitted by the cameras also gives controllers a better view of Heathrow at night, when airport and car park lighting tends otherwise to obscure the dark runway between.

“The bit you’re most interested in is the bit you can’t see,” says Taylor, stating that the 4K cameras are powerful enough to pick up runway markings in the dark.

NATS is aiming to progress with the safety case for its ‘tower in cloud’ function over the rest of the fiscal year, after which it will draw up a roll-out programme.