Lufthansa has made a nonbinding offer for Thomas Cook's German airline, Condor, with an option to extend it to the UK group's other airlines, the German carrier's chief executive confirmed today.

Tour operator Thomas Cook put its airline business up for sale in February as part of efforts to increase funding to support a wider overhaul, and had set a deadline of 7 May for nonbinding offers. 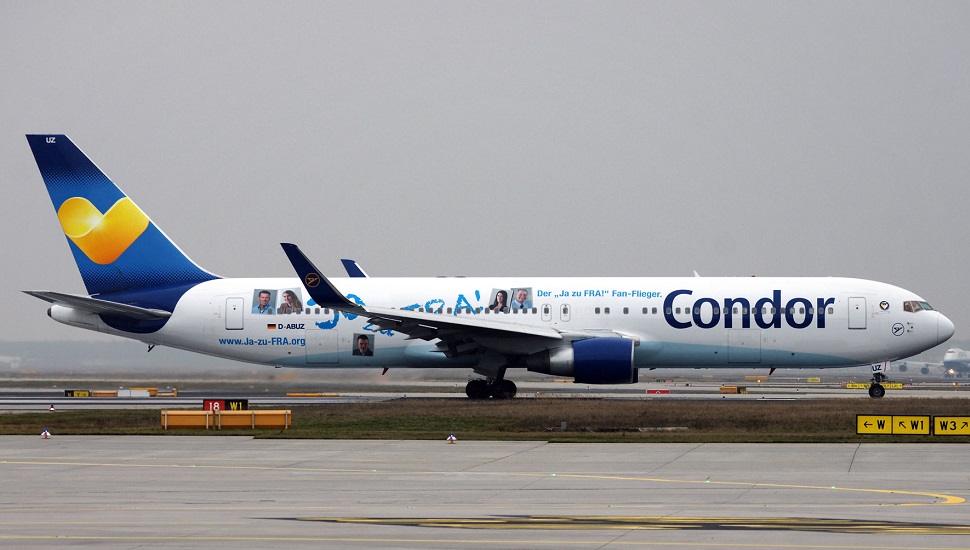 "We believe that we can offer Condor good prospects and maintain the business as a whole, both long- and short-haul operations," Carsten Spohr said ahead of the group's annual shareholder meeting in Bonn. Reuters separately quoted Spohr as saying that anti-trust regulations made it unlikely a single buyer could acquire all the Thomas Cook airlines.

Shares in Thomas Cook rose on the news, climbing 7%.

Thomas Cook chief executive Peter Fankhauser had indicated earlier this month that the group was seeing healthy interest in the airlines business. The travel group declined to comment further on the process today.

Any acquisition by Lufthansa would return Condor to a former parent's fold. Condor had been part of the Lufthansa group from 1959 but the German flag carrier sold its remaining stake to Thomas Cook in 2009. Like Lufthansa, Condor's main base is Frankfurt, Germany's largest airport.

Lufthansa has been active on the consolidation front in recent years, taking over the remaining stake in Brussels Airlines that it did not already own, and acquiring some of the operations of collapsed Air Berlin to expand budget brand Eurowings.

Lufthansa did however give up plans to buy more of Air Berlin, amid competition concerns, and it is likely to face anti-trust scrutiny again.

Bernstein analysts said in a note to clients that they agreed with the logic of a Condor acquisition for Lufthansa because it would give Lufthansa a further chance to consolidate in its home market. However, the brokerage said any potential bid would draw the attention of German and European authorities, given the high degree of route overlap, but added that Lufthansa would likely offer remedies swiftly after the Air Berlin experience.

The Air Berlin expansion led to a loss of a €231 million ($260 million) for Eurowings last year, and Spohr also apologised at the annual meeting for delays and cancellations last summer. Lufthansa last month said it was cutting planned capacity growth at Eurowings this year, from 2% to zero, in order to stabilise the business. It on 6 May announced the extension of Eurowings chief Thorsten Dirks' contract by three years, until April 2023, to continue the carrier's turnaround process.

"Our focus there is on continuing to stabilise reliability and punctuality," Spohr told shareholders at today's meeting in Bonn.

Portfolio manager Michael Gierse at Lufthansa shareholder Union Investment described the Air Berlin deal as an own goal and said it was high time Lufthansa gave up what he termed its empire-building.

"Further acquisitions, whether of Alitalia, Condor, Norwegian, LOT or SAS have to be off the table," Gierse said at the meeting. "We don't want a mishmash of unprofitable airlines and brands," he added, calling instead on Lufthansa to strengthen its core brand and to invest in the balance sheet, restructuring the group and renewing its fleet.

Updated to include the Bernstein and Gierse comments