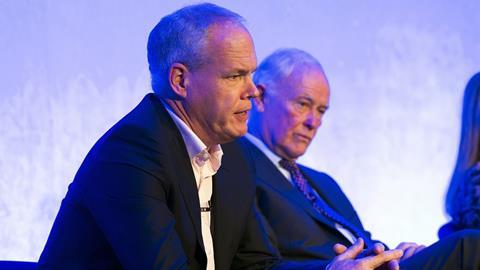 The chief executive of Virgin Connect believes right-sizing of the fleet, a clearer focus and connections with Virgin Atlantic can help the carrier emerge from its Flybe foundations and return to profit in 2020.

The chief executive of Virgin Connect believes right-sizing of the fleet, a clearer focus and connections with Virgin Atlantic can help the carrier emerge from its Flybe foundations and return to profit in 2020.

Speaking to FlightGlobal during the Airlines 2050 event in London on 17 October, Mark Anderson said the carrier had already made progress in the three months since new owners were cleared to run the business. But he acknowledges that it will likely be another six months before the key elements of the project fully come together.

The latest step came on 15 October when plans were announced to rename the Connect business – the former Flybe unit Virgin Atlantic acquired together with Stobart Group and Cyrus Capital Partners earlier this year – as Virgin Connect.

“All we have done really is the easy bit – which is the name,” says Anderson. “We’ve now got the challenging bit, which is putting together the customer proposition, which we are doing, and then putting the new business together under the Virgin Connect brand.” 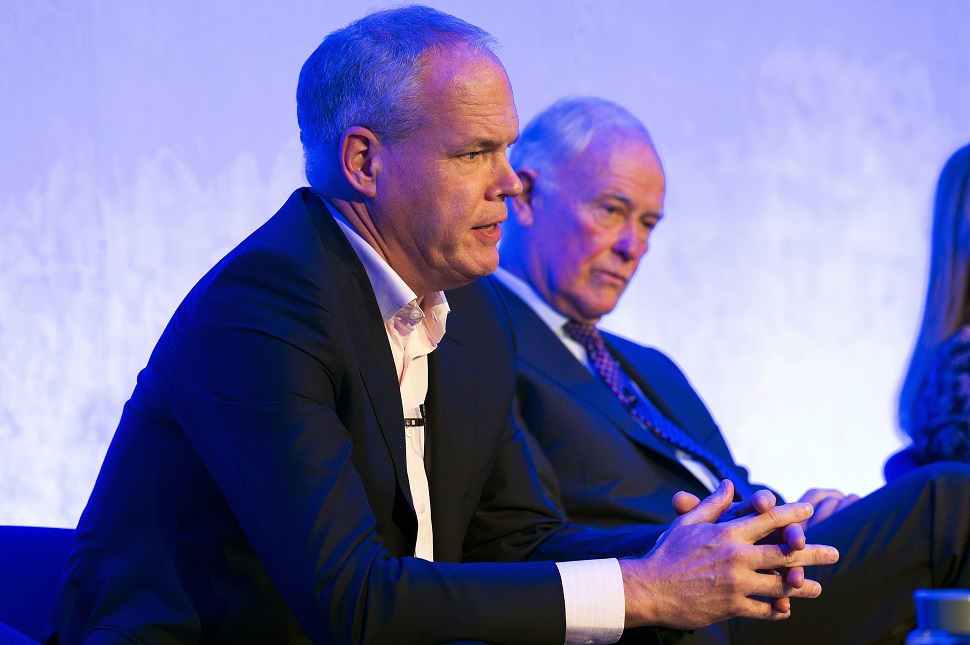 Anderson is the man charged with guiding the Virgin Connect project, which not only requires the rebuilding of a Flybe operation that was close to collapse last winter, but also putting to bed Virgin Atlantic’s own history in the UK regional aviation market, involving the short-lived Little Red.

Speaking at the same Airlines 2050 event, Virgin Atlantic chief executive Shai Weiss said the existing fleet and passenger numbers meant that Virgin Connect was “a very different proposition” to Little Red, which operated a handful of routes vacated by BMI after it was acquired by IAG.

Virgin Connect is built on the assets of UK regional operator Flybe and also comes at a time when Virgin Atlantic has returned to the front foot, as it makes the case to secure slots created by a third runway at London Heathrow. It sees Virgin Connect playing a key role in feeding traffic into Heathrow and Manchester as part of its expansion.

Anderson, a long-time Virgin Holidays executive, had more recently served as Virgin Atlantic’s executive vice-president customer. “Part of my previous role was being responsible for strategy at Virgin Atlantic, and I worked very closely with Shai [Weiss] and others, and we have been looking at Flybe for some time,” he says, noting that Virgin Atlantic already had a codeshare agreement with the operator.

“The awkwardness was, we got to buy the business in February but we had to go through the process of derogation with the EU, where we get to own the business but not to run the business, which is deeply frustrating – but also for the team from Flybe, as they want to know what’s going on, and it causes a vacuum.

“In July we got to the point where we got to take control of the business and my initial focus was on stabilising the ship, creating the right atmosphere for people to understand this business really does have a long-term future, [and that] there is a credible plan we are putting together.”

He also notes the uncertainty around Flybe’s future meant there were positions that needed filling. “There was a real piece about getting the right people around the table, filling the vacancies, and addressing operational resiliency issues that spring from that. So even before we start talking about the Virgin brand, [we had to address] how dependable is our operation, how reliable are we,” he says. “The good news is we very quickly addressed both of those.”

One of the biggest challenges successive management teams at Flybe had been battling was fleet commitments that left it with too much capacity, particularly through its loss-making Embraer 195 operation.

“Part of the takeover was sitting down with the lessors and agreeing we needed to resize the fleet, needed to get rid of some of the E195s that were not suitable for the business we are in,” Anderson says. “I think that has set us up so we have the right fleet and right network.”

The backbone of the fleet is now its 54 De Havilland Canada Dash 8s, together with nine Embraer 175s – while it is in the process of handing back six E195s. This compares with a total fleet of around 85 aircraft two years ago.

Anderson says: “It’s about [asking yourself] do you really understand who your customers are, and I think if we go back to some of the past challenges of the business, we’d started to chase customers we had no real right to go after. We had the wrong fleet and business model.

“Those have been some of the successes we have had,” Anderson adds. “Now it’s about, we’ve got the plan, let’s build the customer proposition, let’s make sure when we put summer 2020 on sale, that it’s a really exciting network, it’s flying to the right places and we’ve got enough depth in the key profitable routes.”

Flybe operated a diverse network as it sought opportunities. It had dropped jet operations at four UK airports ahead of the Connect consortium taking control of the business. Details of the Virgin Connect network will be released when the summer schedule is put on sale, but Anderson believes there are core regional routes which remain strong opportunities.

“If you look at regional aviation in the UK… fundamentally many of the routes we have – or potentially have – in our network are reasonably uncontested, difficult to access by road and rail, too thin a route for many airlines to jump on, and we absolutely have a right to win. Being really focused on that is critical.”

The next stage of evolution for the operation is to build on the potential gains from partnering with Virgin Atlantic – the first part of which has been the renaming of the airline.

“We put ourselves on sale under the new brand in spring, and I would anticipate early next year we will be going out to the market with the new iconography and brand,” he says.

Anderson cites the Virgin connection, alongside the regional aviation expertise of Stobart Air, as a key advantage for the carrier.

“It’s interesting to be a new Virgin airline in the market with all the corporate business and global connectivity, and the wider distribution channels we can tap into,” he says.

Flybe posted an operating loss in seven of the eight years prior to its change of ownership this year. Anderson, though, believes the new Virgin Connect can return to profit.

“You measure success in many different ways. The most obvious, above-the-line way is in terms of profitability, and our plans are to return to profit next year and significantly grow following that. Looking at the business plan, that’s very achievable.

“But it’s also about, if we are going to be Virgin Connect, what does that look like. I would say, although we have some success so far, it’s probably going to be another six months or so before we start seeing all of this coming together properly and joining up,” Anderson concludes.