Norwegian expects the continuing grounding of the 737 Max will impact its 2019 results by some NKr700 million ($81 million), a sharp increase on previous estimates.

It is still unclear when the jet will be allowed to fly again, although Norwegian said today its estimate was based on an expected return to service in October. 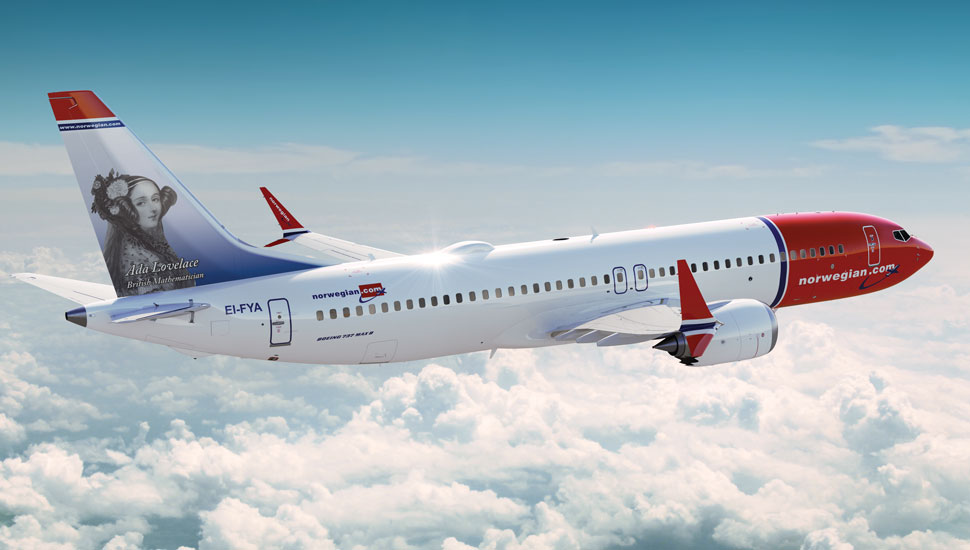 The budget carrier, which had 18 737 Max jets in service at the time of the global grounding of the aircraft, had in April said it expected to incur costs of Nkr300-500 million due to the type being out of service. That was based on the jet not being back in service until August.

"The 737 Max grounding has affected both demand, operating expenses and production negatively," Norwegian says in a second-quarter results statement, adding that short-haul bookings going into the third quarter are behind expectations.

For the second quarter, it reported an underlying operating result of NKr2.3 billion, double the figure last year. But pre-tax profit slipped 72% to NKr82.8 million.

It says the Max grounding affected results by NKr400 million in the second quarter.

Unit revenue (RASK) rose 13%, and the yield increased by 11% in the quarter, Norwegian says, citing its move to restrict capacity growth in favour of profitability.

It today also cut its planned capacity growth to 0-5% from a previous target of 5-10%.

Norwegian achieved cost cuts of NKr554 million in the quarter, taking it past an official target for NKr1 billion of cost reductions in the first half of the year.

"Despite operational issues outside of our control, like the grounding of our 737 Max fleet, we are delivering the highest second-quarter operating revenue in the history of Norwegian," departing chief executive Bjorn Kjos says, adding that he is pleased with long-haul booking figures for the coming months.

The company today announced the departure of Kjos, one of the airline's founders and chief executive for the past 17 years.

For the year as a whole, Norwegian expects an underlying operational result of NKr6-7 billion.

Kjos says in a presentation that transatlantic routes were the "key revenue driver in the second quarter" and that revenue from the USA is now larger than that from Norway. "It's a clear indication that our long-haul operation is really starting to work," he says.