United Airlines will operate its new Boeing 787-10 on six routes to Europe next summer, making good on comments that it would fly the aircraft across the Atlantic from its New York City-area base.

The Star Alliance carrier will operate the longest variant of the 787 family once daily from Newark to Frankfurt and Tel Aviv from 30 March 2019, to Barcelona and Paris Charles de Gaulle from 29 April 2019, and to Brussels and Dublin from 22 May 2019, it says.

“United is proud to offer more seats between New York and Europe than any other carrier and our Boeing 787-10 aircraft based in New York/Newark will enable us to connect even more New York City customers to Europe and beyond,” says Patrick Quayle, vice-president of international network at United.

The shift to the 787-10, which seats 318 passengers in three classes, will add capacity on most of the transatlantic routes. It replaces a 240-seat Boeing 767-400ER on flights to Frankfurt and Paris, and an up to 292-seat Boeing 777-200 on flights to Barcelona, Brussels and Dublin, FlightGlobal schedules date shows.

Only the Newark-Tel Aviv route will see a capacity reduction, as the flight shifts from a 366-seat 777-300ER to the 787. However, United begins new service to Tel Aviv from Washington Dulles in May, complementing the Newark route.

United took delivery of its first 787-10 (MSN 40936) from Boeing in North Charleston, South Carolina, on 5 November. The aircraft flew to the airline's maintenance facility at Washington Dulles International airport the next day. 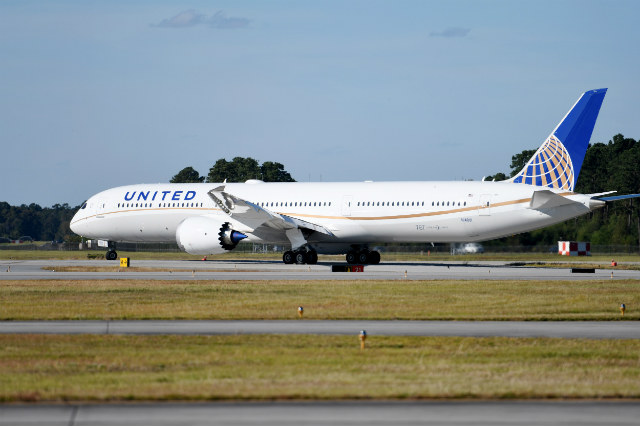 The Chicago-based carrier plans to take two more 787-10s by the end of the year, and has firm orders for another 11 aircraft.

The aircraft is a "stretch-of-a-stretch", providing United with superior per seat economics over the 787-9 in exchange for a 1,205nm range penalty. The airline says it burns 20% less fuel than "older generation" aircraft, without specifying the older types.

Scott Kirby, president of United, described the 787-10 as a "phenomenal European airplane", citing their improved seat economics, in August.

The airline is the first North American operator of the 787-10, and only the third globally after Singapore Airlines and Etihad Airways.