Rolls-Royce plans to build its F130 turbine at a modernised factory in Indiana if selected by the US Air Force to replace the engines on the service’s fleet of Boeing B-52 bombers.

The USAF programme calls for 650 new engines to help extend the longevity and performance of its aging B-52s. Rolls-Royce says its Indianapolis, Indiana facility is nearing completion of a $600 million modernisation initiative, which would optimise production of an engine in the size class of the F130.

The F130 engine for the B-52 is a variant of the Rolls-Royce BR725 commercial engine and produces 17,000lb-thrust. The F130 series of engines also power USAF aircraft such as the Bombardier E-11A and Gulfstream C-37 aircraft. 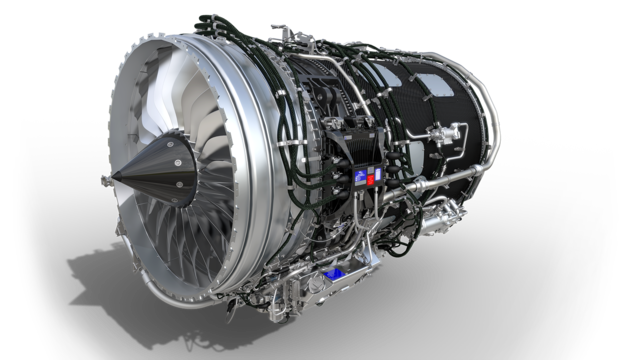 “Our ultra-modern, advanced manufacturing facilities in Indianapolis are the perfect location to produce, assemble, and test the Rolls-Royce F130 engine for the US Air Force B-52 programme,” says Tom Bell, Rolls-Royce Defense president. “Rolls-Royce North America continues to invest heavily in advanced manufacturing and technology at our Indianapolis site, making it one of the most efficient and modern facilities anywhere in the aerospace world.”

Indianapolis is the largest Rolls-Royce engineering, design and manufacturing site in the USA, says the company. The manufacturer produces engines for multiple USAF aircraft at the facility, including the C-Lockheed Martin 130J transport, Bell Boeing CV-22 Osprey and Northrop Grumman RQ-4 Global Hawk.