HAECO has promoted company veteran Jacqueline Jiang as its new group director for airframe services, as part of a broader senior management reshuffle to take place in the coming months.

Announcing the appointments, HAECO says Jiang will relinquish her current position as chief operating officer of HAECO Xiamen and join the group leadership from 1 July. 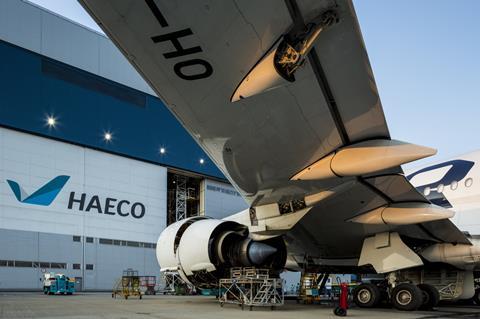 Taking over the helm will be HAECO Xiamen’s director of operations Kevin Guan, who will be appointed the re-titled role HAECO Xiamen chief executive.

Jiang has had stints in HAECO’s America unit, before moving to helm HAECO’s operations in Xiamen.

Separately, the MRO company has appointed Benjamin Scheidel to take over as HAECO Hong Kong’s new CEO. Scheidel will replace outgoing chief Kevin Kruger, who will be retiring on 1 September.

Scheidel is currently the executive general manager of base maintenance operations in HAECO Hong Kong, a role he will continue to hold until a successor is appointed, says HAECO.