The latest prototype of the AVIC AG600 amphibian features some notable design changes compared with the type’s first prototype.

Images that recently appeared on Chinese social media suggest that the aircraft, numbered 1003, has been completed at the China Aviation Industry General Aircraft at Zhuhai airport. 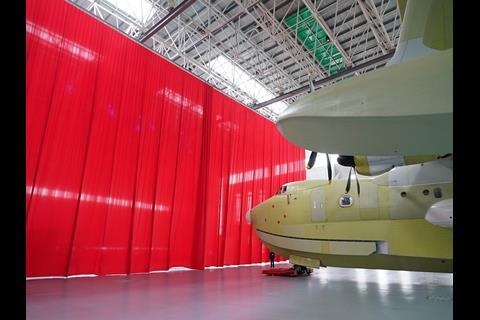 The nose of the latest AG600 appears has a more pronounced slope downwards. The left-side door has been move forward as well 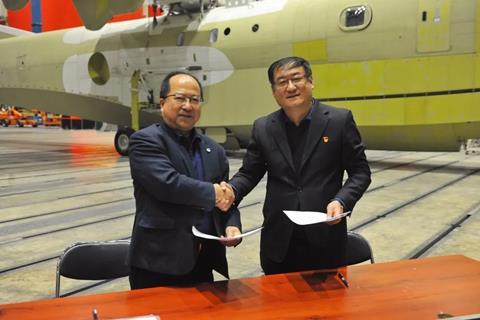 In this image, the more bulbous upper fuselage is visable 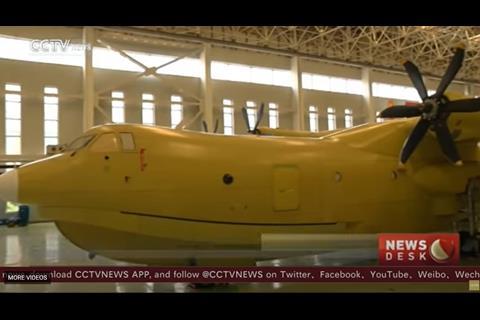 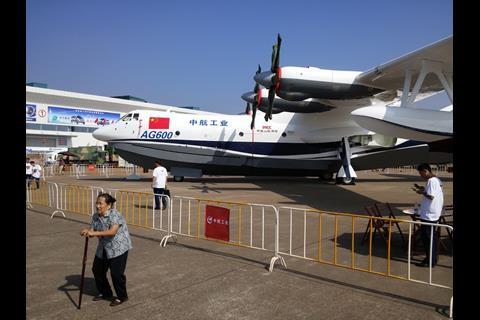 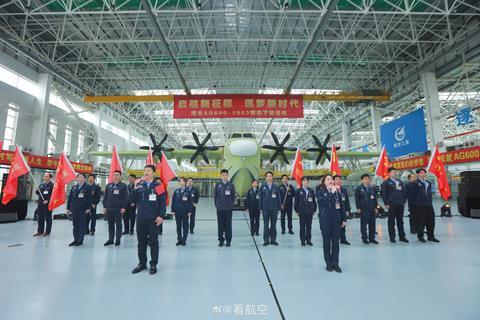 The rollout of the latest AG600 prototype 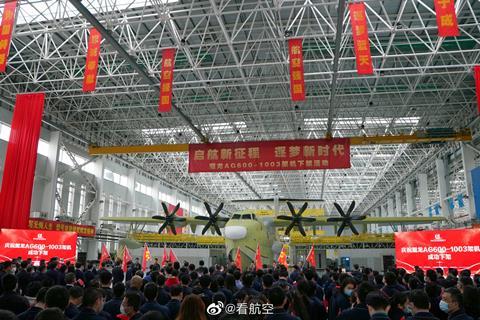 Factory workers with the new AG600 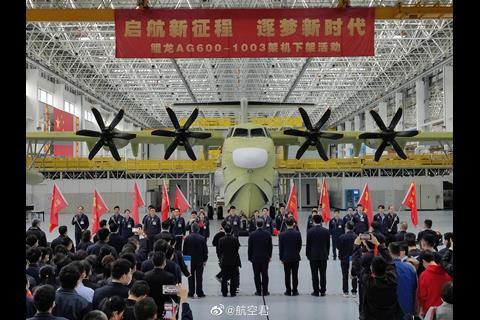 The rollout of the most recent AG600 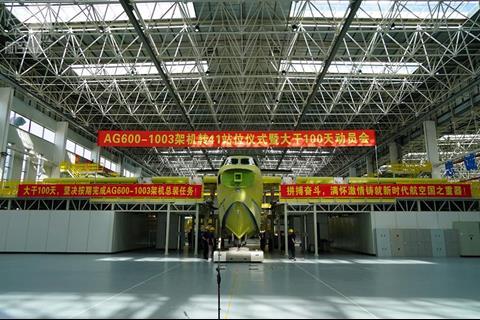 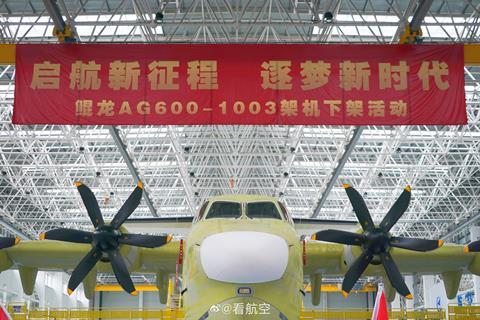 The banner reads: set sail for a new journey...Dreaming of a new era. 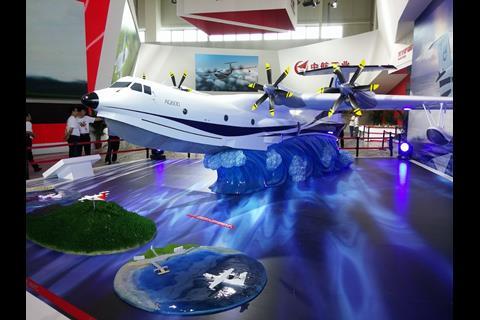 One change is a more bulbous upper fuselage, as well as a re-shaped nose. The nose on the new prototype appears to slope downward more sharply than with the earlier prototype, registered B-002A. There also may be less space beneath the nose and the start of the aircraft’s under-fuselage skirt, which has also been modified.

The shape of the last cockpit window has also been changed from a perfect rectangle, to a window with an angled bottom.

The forward door on the left-hand side of the aircraft has also been shifted forward, so that it is considerably closer to the cockpit.

In addition, the wings see the addition of triangular structures under the trailing edge. The function of these is not clear, but they could accommodate larger actuators.

After making its public debut at the 2016 iteration of Airshow China in November 2016, the AG600 conducted its maiden flight in 2017, and has been tested both from reservoirs as well as the sea.

With a maximum take-off weight (MTOW) of 53.5t, the AG600 is the world’s biggest amphibian aircraft, notably larger than the second biggest amphibian, the Shinmaywa US-2, which has an MTOW of 43t.

The type continues flight testing in China. At Airshow China in September 2021, the aircraft demonstrated its water-drop capability, releasing over 9,000kg (19,800lb).

The aircraft is powered by four Dongan WJ-6 turboprops, but lacks the US-2’s boundary layer control system, which boosts airflow over the wings, thus improving lift.

In addition to firefighting, a key role envisaged for the AG600 is supporting the various outposts Beijing has built on atolls in the South China Sea. While ostensibly a parapublic aircraft, the AG600 has a number of potential military applications, such as combat search and rescue, maritime patrol, and the insertion/recovery of special forces.