For the three months to 30 June, the Thai carrier posted an operating loss of Bt440 million ($12.5 million), a slight improvement over the Bt587 million loss in the same period last year. 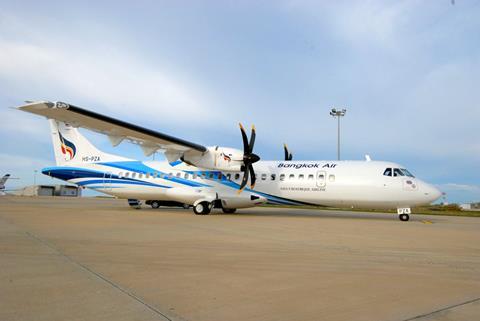 Revenue for the quarter jumped nearly 75% year on year to Bt2.5 billion, outpacing a 64% increase in expenses at Bt3.2 billion.

Bangkok Airways attributes the rise in revenue to a significant seven-fold increase in passenger travel revenue, following the easing of travel restrictions.

The increase in expenses is due mainly to a rise in fuel prices, the airline adds.

Revenue for the half-year rose 49% year on year to Bt4.2 billion, again outpacing an increase in expenses, which grew about 42% to Bt5.6 billion.

While travel demand is expected to be robust, Bangkok Airways, in brief remarks, warns of potential challenges in the near term.

It states: “Although overall tourism has recovered, the global economy still faces inflation from the Russia and Ukraine war. [We are also] closely monitoring the Monkeypox epidemic.”