EVA Air in the red in 2020, while China Airlines remains profitable

In separate stock exchange disclosures, EVA Air plunged into the red for the full year, while compatriot China Airlines remained profitable despite a slowdown caused by the pandemic. 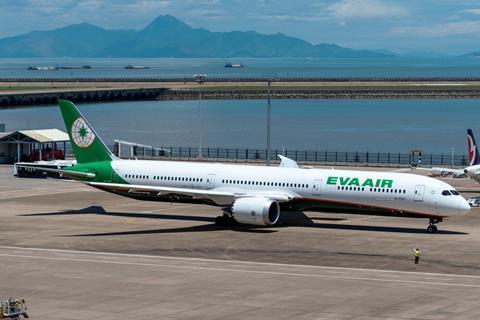 EVA Air ended 2020 with lower cash and cash equivalents, at NT$40.9 billion. This compares to the NT$51.5 billion it began the year with.

Meanwhile, China Airlines reported an operating profit of NT$2.18 billion for the year, representing an 18% decline year on year.

Cash and cash equivalents at the end of the year stood at NT$27.1 billion, lower than the NT$28.5 billion it began the year with.

Both China Airlines and EVA Air did not provide a detailed explanation about their results, which are understood to be released at a later date. China Airlines has previously stated that strong cargo demand has helped increase its revenue —between January and November 2020, the carrier saw freight-related revenue grow 83% year on year.