Taiwanese carriers in the red for first quarter

Taiwan’s two main carriers — China Airlines and EVA Air — were both loss-making in their first quarter earnings as revenue took a hit. 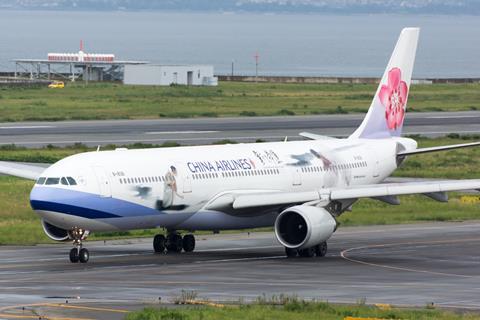 China Airlines narrowed its losses for the first quarter

For the quarter ended 31 March, China Airlines reported an operating loss of NT$469 million ($16.8 million). This compares to the NT$2.97 billion loss it posted during the same quarter in 2020.

The SkyTeam carrier was in the black for 2020, posting an operating profit of NT$2.18 billion, as a focus on cargo helped cushion a pandemic-driven decline in passenger revenue.

As for EVA Air, it reported an operating loss of NT$1.76 billion for the quarter, widening the NT$445 million loss it made last year.

In comparison, the Star Alliance carrier reported a full-year operating loss of NT$827 million in 2020.

Both carriers did not provide a detailed discussion on their financial results, which will be released at a later date.