Icelandair has reined-in its capacity forecast for the winter season, as a result of continuing constraints on demand caused by travel restrictions.

The airline says it expects to operate 65% of its production for the winter schedule, measured against 2019 levels.

It had previously estimated that it would reach a level of 70-80% for the fourth quarter of this year.

But it is still predicting a “steady” ramp-up over the quarter and into next year, and Icelandair puts its first-quarter 2022 capacity at 75% of pre-crisis levels.

“We expect this [ramp-up] development to continue into the winter although we have adjusted our schedule to current demand,” says Icelandair Group chief Bogi Nils Bogason.

Icelandair and will operate 25 international destinations with 160 weekly departures. The airline states that its August 2021 capacity was half of August 2019’s. 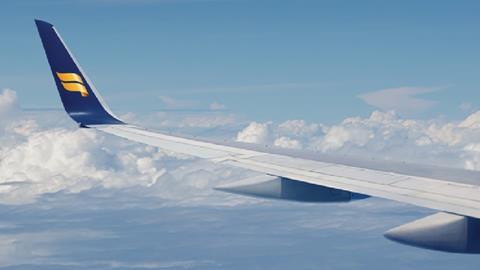