Mexico’s Mas aims to use A330 freighter for Chinese routes

The aircraft, converted by the EFW venture, has been handed over to Mas following its delivery to lessor Altavair.

“Mas will take advantage of the increased payload and range of the A330 to expand our global presence, increasing flights to Europe and South America and starting to fly into China,” says Mas chief executive Luis Sierra.

He describes the twinjet as the “ideal aircraft” with which to develop the company’s operations. The aircraft has a 61t payload capability and a range of up to 4,200nm.

Based in Mexico City, the carrier has been operating freighters for three decades, focusing most recently on the Boeing 767. 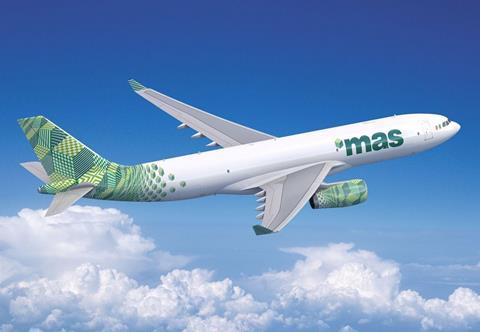