Sweden’s national debt office has given a guarantee for a SKr200 million ($24 million) loan intended for Braathens Regional Airways.

The guarantee covers 90% of the principal for the loan, which will run for five years.

Sweden’s government has mandated the debt office to provide the guarantees to mitigate the economic effects of the pandemic.

BRA’s guarantee is the second to be provided under the programme for supporting airlines – the first having been issued on behalf of SAS.

SAS has since repaid the loan, says the debt office.

BRA suspended operations earlier this year in order to undertake a “reconstruction” of the company.

It had been planning to restart services during the autumn, but the resurgence of the pandemic in Sweden has postponed this until the first quarter of 2021, at which point it aims to serve half a dozen domestic routes.

BRA has, however, been co-operating in the meantime with Swedish carrier Amapola. 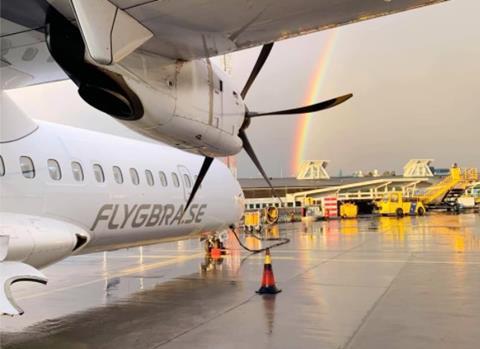