The UK Ministry of Defence (MoD) has picked one bidder to advance its lightweight affordable novel combat aircraft (LANCA) concept to flight-test status, and says an operational version could enter use by the end of this decade.

Announcing a £30 million ($41 million) investment on 25 January, the MoD confirmed its selection of a team led by Spirit AeroSystems’ Belfast, Northern Ireland unit – formerly part of Bombardier – and also including Northrop Grumman UK. 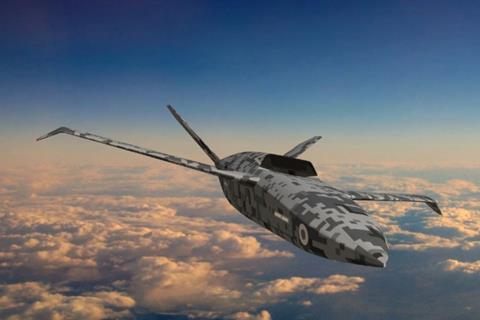 The award covers design and manufacturing activities on a prototype of the loyal wingman-type asset, with “a full-scale vehicle flight-test programme expected by the end of 2023”.

“These aircraft will be the UK’s first uncrewed platforms able to target and shoot down enemy aircraft and survive against surface-to-air missiles,” the MoD says. Other payload options include surveillance and electronic warfare equipment, it adds.

The selected industry group, previously named Team Blackdawn, had been one of three bidders shortlisted by the UK Defence Science and Technology Laboratory in mid-2020, following an initial one-year project phase. The other contenders were Blue Bear and Boeing UK. The MoD says other companies to be involved in the demonstration phase will be “announced in due course”.

“Team Mosquito will mature the designs and manufacture a technology demonstrator to generate evidence for a follow-on LANCA programme,” the MoD says. It had previously outlined a schedule with flight-testing expected to occur “well in advance” of mid-2023, and has not provided information about the apparent schedule slip.

However, the MoD states: “If successful, Project Mosquito’s findings could lead to this revolutionary capability being deployed alongside the [Eurofighter] Typhoon and [Lockheed Martin] F-35 Lightning by the end of the decade.” 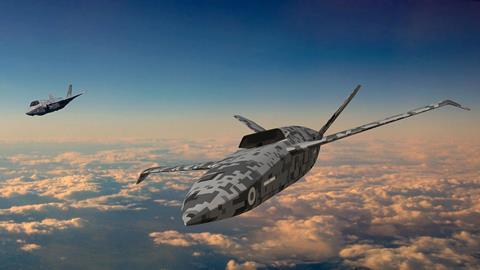 “We’re taking a revolutionary approach, looking at a game-changing mix of swarming drones and uncrewed fighter aircraft like Mosquito, alongside piloted fighters like Tempest, that will transform the combat battlespace in a way not seen since the advent of the jet age,” says Royal Air Force chief of the air staff Air Chief Marshal Mike Wigston.