Lockheed Martin has delivered its 300th production example of the F-35 Lightning II, with the conventional take-off and landing, A-model fighter to enter service at the US Air Force's Hill AFB in Utah. 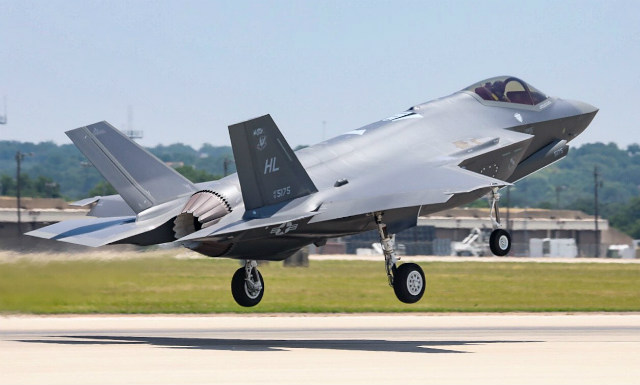 The milestone figure comprises 197 F-35As, 75 short take-off and vertical landing F-35Bs and 28 carrier-variant F-35Cs, manufactured for the US armed services and international customers, Lockheed says. "More than 620 pilots and 5,600 maintainers have been trained, and the F-35 fleet has surpassed more than 140,000 cumulative flight hours," it adds.

Noting that the type’s unit price has decreased by more than 60% since the US Department of Defense's first low-rate initial production contract, the company's F-35 programme general manager, Greg Ulmer says: "We are focused on reducing costs, increasing efficiencies, and ensuring the highest level of quality as we ramp to full-rate production and sustainment of the operational fleet."

In addition to the USAF, US Marine Corps and US Navy, Flight Fleets Analyzer records Australia, Israel, Italy, Japan, the Netherlands, Norway, South Korea and the UK as having so far received F-35s.