Beijing’s vast parade on 1 October, celebrating 70 years of Communist Party rule, again underlined – as if there was any doubt – its dream of military domination in the Asia-Pacific.

Beijing’s vast parade on 1 October, celebrating 70 years of Communist Party rule, again underlined – as if there was any doubt – its dream of military domination in the Asia-Pacific. 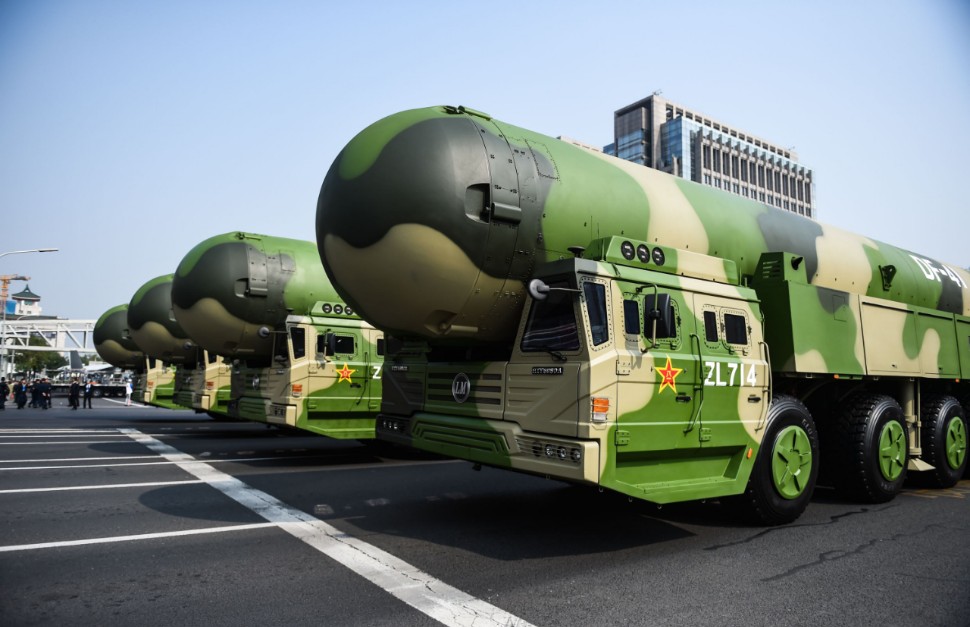 But ignore Xi’s platitudes and the message is clear: China means to dominate its near seas through airpower and a massive array of precision missiles. All this is backed by an increasingly powerful, and mobile, nuclear deterrent centred on the new DF-41 ICBM.

Though the parade was largely for domestic consumption, weapons designations were clearly labeled for Western viewers: DF-41, DF-26, GJ-11, JL-2, and the DF-17 hypersonic glide vehicle.

Similar to how defence experts of yesteryear were certain that every Soviet capability ever to appear in public was a devastating one, today’s legion of online pundits rushed to assume that everything Beijing showed off both works and has been deployed.

While the GJ-11 Sharp Sword UCAV first flew in 2015, the example carted on a parade float lacked key details and looked like a mock-up. One up-close observer said the special forces gyrocopters in the parade looked “amateurish”. Were there really missiles in all those containers? Has China really cracked the secrets of hypersonic flight?

Despite the considerable questions, it is impossible not to take all this kit seriously, and the expansionist intent behind it. Welcome back, Cold War.