The carrier will have two Airbus A380s featuring a large Singapore flag-themed design on the fuselage. This livery is one of the many initiatives it has to mark the country’s independence, and it will remain on the two aircraft until the end of the year, says SIA. 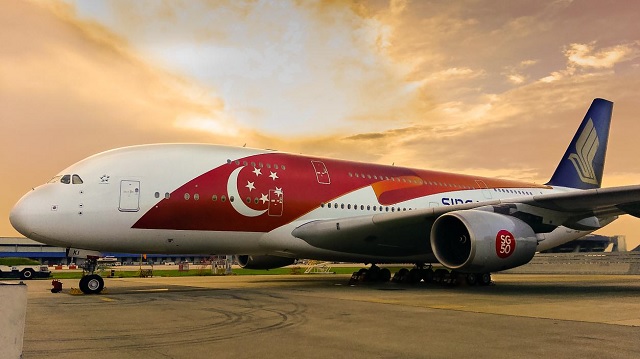 “Singapore Airlines’ success is closely tied to the success of Singapore. What better way to celebrate SG50 than by proudly flying the national flag around the world on the world’s largest aircraft,” adds SIA’s chief executive Goh Choon Phong.