Middle Eastern carrier Emirates has shown off the new business-class cabin to be fitted on its Boeing 777-200LR fleet.

Emirates says the aircraft be initially be deployed on its Fort Lauderdale route on 6 March, but will also be put on the new Santiago service.

The airline's president, Tim Clark, had disclosed in November last year that the -200LRs would be reconfigured from a three-class to a two-class arrangement – increasing the overall accommodation from 266 to 302 seats.

This change also meant reducing the business-class seating from 42 to 38, and changing from a 2-3-2 cross-section to a less-dense 2-2-2 layout, with seats which are 2in wider.

The business cabin features a 72in pitch, lie-flat seats with privacy panels between, and touchscreen in-flight entertainment. Passengers will have access to a "social area", says the carrier, with a mini-lounge.

Emirates states that it has invested over $150 million in the 777-200LR refurbishment. 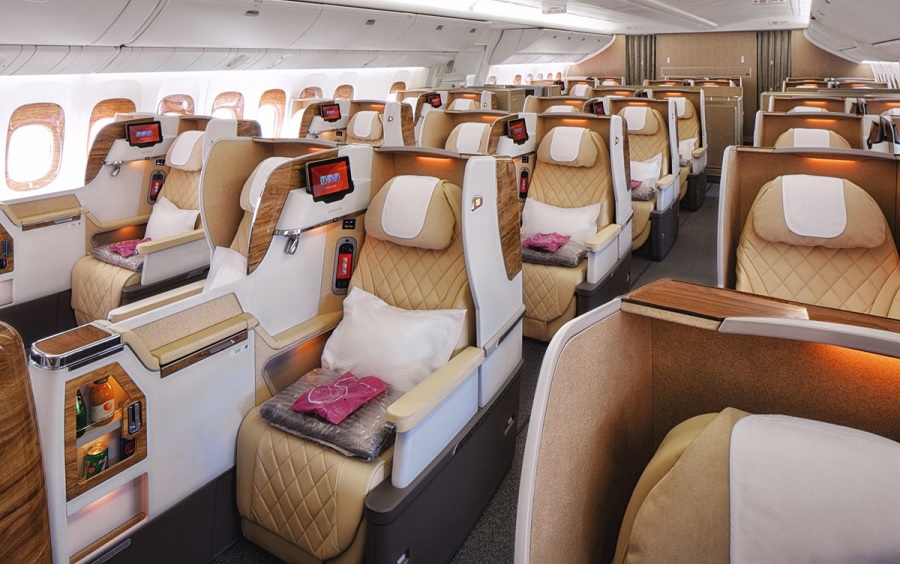