Korean Air is pushing back delivery of its first Bombardier CS300 to ensure that issues with its Pratt & Whitney PW1500G engines are resolved.

The SkyTeam carrier had planned to take delivery of its first CSeries jet this week, but president and chief operating officer Walter Cho now expects that to occur before the end of the year, with others to follow in early 2018. 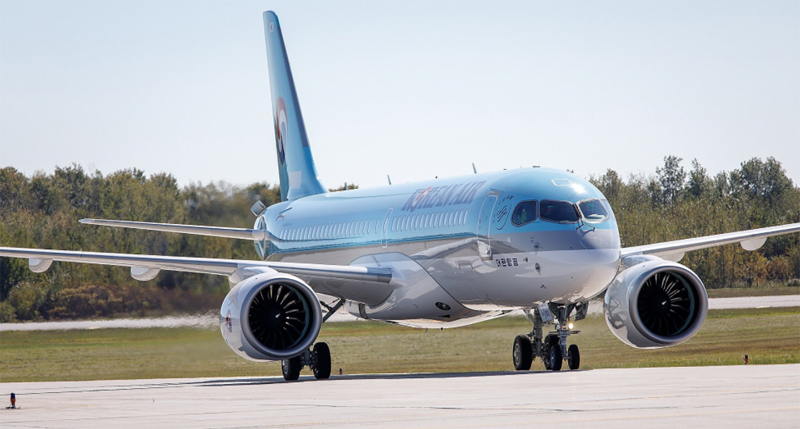 "I have no doubt that Pratt & Whitney or Bombardier would make a good plane, but it's just that the engines need more time to fix their support plan for us, and we're giving them more time. We could wait," Cho told reporters on the sidelines of the Association of Asia Pacific Airlines assembly of presidents in Taipei.

In February, the airline had disclosed that it expected to receive seven CS300s this year, with deliveries scheduled to start in August. Cho says, however, that they delays are not impacting its expansion plans.

The carrier has 10 CS300s on order, and Cho admits that it is "not enough for one fleet type." It has options on a further 10 CSeries jets, but he declined to say if there were plans to exercise them.

He adds that the carrier is positive on Airbus’s recent move to take a controlling stake in the programme.

"The CSeries is a very good plane, but it would have faced a very big challenge competing with Airbus or Boeing. Now that they're cooperating with Airbus, it's a very good opportunity for Bombardier to start marketing the airplane to more customers around the world," he says.