An Aeromexico Embraer 190 has crashed in the northwestern state of Durango shortly after take-off, while en route to Mexico City.

Durango governor Jose R. Aispuro T. says in a tweet that there were no fatalities in the accident involving flight AM2431. Photos posted on social media show the aircraft having sustained major damage to its fuselage. 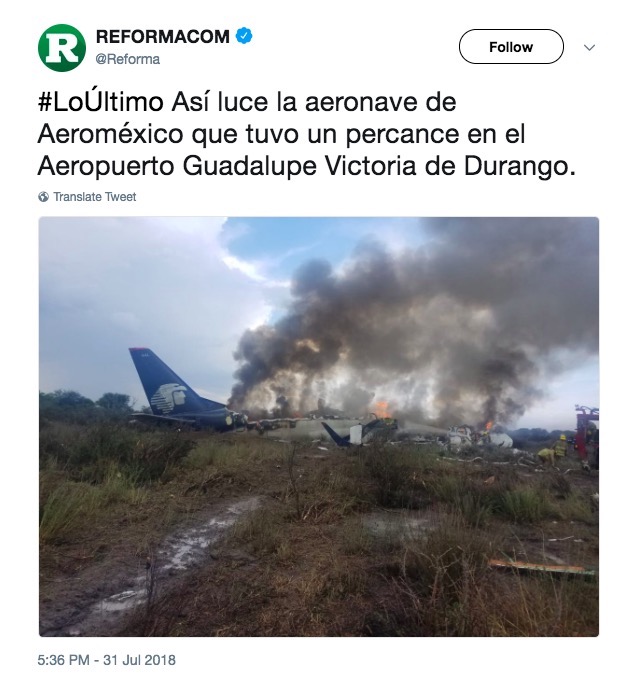 Aeromexico says it is aware of the accident and is working to obtain additional information. Mexico's secretary of transportation and communications Gerardo Ruiz Esparza says 97 passengers and four crew members were on board the aircraft when it crashed at approximately 16:00 local time.

The E190 was built in 2008 and previously operated by Republic Airline before it entered Aeromexico's regional operations in 2014, Flight Fleets Analyzer shows. It had accumulated about 26,700h as of May 2018.