The Australian Transport Safety Bureau is investigating an engine failure involving a Scoot Boeing 787-9 that occurred on 11 October.

The aircraft, registered 9V-OJE, was descending into Perth during a flight from Singapore when there was "an uncommanded in-flight shutdown of the right engine." 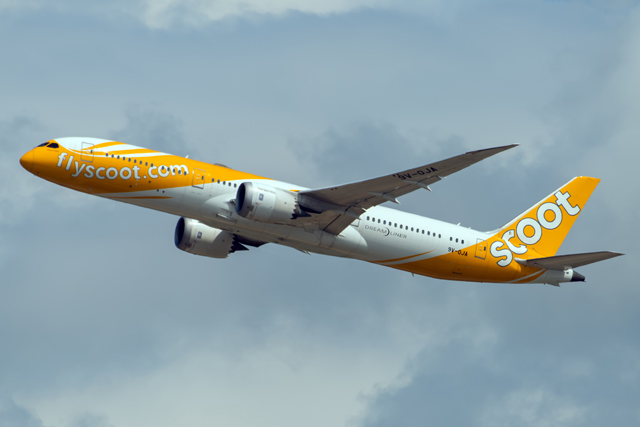 The crew continued the descent and landed safely at 19:21 local time.

Scoot tells FlightGlobal that a component related to the engine was replaced, and it returned to service on 13 October. It adds that the problem encountered by the aircraft "is not related to any known issues regarding the Rolls-Rolls Trent 1000 engine."

The ATSB is planning to complete its investigation during the first quarter of 2019.

Flight Fleets Analzyer shows that 9V-OJE was built in 2015 and is owned by Scoot.