Full rendezvous with reality is still ahead from some airlines

A struggle might be approaching for operators that need to access new equity amid a lack of appetite in the market, writes CTAIRA analyst Chris Tarry

Just over a year ago we published a piece where we examined how the industry might move from its then state of hibernation to a restart, recovery and then a restoration of growth, beyond previously achieved levels of activity. What the last 12 months has reinforced is that at times of dislocation, given all of the unknowns and moving parts, forecasts are more wrong than they usually might be.

As we have suggested at various times over the past 18 months, the desire to travel is the same as it was in 2019, with government-imposed restrictions being the primary reason for that desire not being realised. It is almost impossible to predict with any accuracy which markets are likely to open and when, and whether they will remain open – even if we believe that we have an understanding of the assessment criteria.

Indeed, there is a strong suspicion that a recent relaxation of travel restrictions in the UK had more to do with politics – the UK was falling behind the EU in terms of tourist arrivals – than the supposed “science” that was regularly cited as being followed.

Notwithstanding this ‘exogenous factor’, the reality is that government decisions on travel restrictions broadly continue to be taken on the basis of what the health situations are like now at both the origin and destination countries and how they are likely to develop in respect of the number of cases, hospital admissions and deaths, against the background of what can be accommodated or deemed to be “acceptable”. Even where travel is allowed, the propensity of intending travellers to accept risk will determine the extent of the demand that materialises.

The only thing that is certain is that for the next six to nine months at least we will continue to see restrictions both removed and reimposed.

But we have seen that once markets have been opened, and there is confidence that they will at least remain open for a reasonable period, leisure and VFR has come back strongly and some (albeit not many) airlines are reporting traffic converging with, if not exceeding the levels in the corresponding month of 2019.

While there is an ongoing debate and divergence of views regarding how and how quickly travel for the purpose of business will recover, our view remains that within a reasonable period of time it will reach previous levels.

The geographic mix will be different, however, and we must not only look at volume but also value. But any hint that restricting corporate travel is placing a business at a competitive disadvantage, which is quite possible, will result in the brakes being taken off and rapid restoration in terms of volume. At least in the near term, however, such travel is likely to involve downgradings of the class of travel and hotels used.

As we noted earlier this year, “each northern hemisphere summer month without key markets either being open either materially or fully has a concomitant effect on cash and ensures another bleak winter”. Given the wide range of outlooks and experiences even in markets that are open, there is a need for an even greater focus on the specifics and the “so what” at a market and company level. 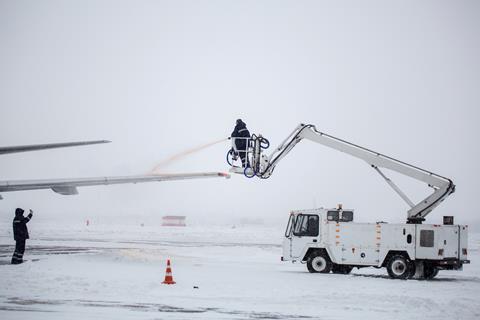 Furthermore, that a market has been open in the summer and demonstrated a strong recovery in traffic is no guarantee of a follow through into the northern hemisphere winter season. Just as it was last year, winter cash inflows are likely to be materially lower than they would be normally.

In the next few months it is reasonable to expect not only a lack of follow through in markets that have opened to various degrees in the summer season, but also that the rate of new market openings is likely to be pedestrian at best.

Against such a background, it is no surprise that we are seeing comments over already evident winter weakness from the booking curve and resulting actions to reduce capacity.

One of the more overworked phrases from some managements is that they “shouldn’t waste a good crisis” to make the necessary changes. However, this remains to be seen, not least where a familiar refrain from a number of chief executives is that they are drowning under the PowerPoint presentations of consultants who will play no role and take no responsibility for the implementation of their proposals for change.

Inevitably we fear that despite the best intentions, too little will be done too slowly on one hand, while on the other we will see the implementation of ideas only partially achieved, where the bit that has failed to be implemented makes the real difference.

Against a background where there is yet again, for many airlines, a need for new equity, the gap between those for which public markets will be open and those for which they will be closed has already widened and will widen further.

Where the story is a need to underwrite losses and/or where there is a management team with a record of falling short of expectations, it is difficult to see that there will an appetite for new equity. In this respect, for at least a group of airlines, the rendezvous with reality has yet to fully play out.