Russia’s United Engine has developed an automatic control system for the Aviadvigatel PD-8 powerplant which will be installed on the Sukhoi SSJ-New aircraft.

The SSJ-New is a version of the Superjet 100 that includes a greater proportion of domestically-built components.

PD-8 engines will serve as an alternative to the PowerJet SaM146 jointly produced by Saturn and Safran.

United Engine’s Perm-based facility UEC-Star has produced the equipment in just a year-and-a-half, says Rostec, adding that serial production is scheduled to start in 2023. 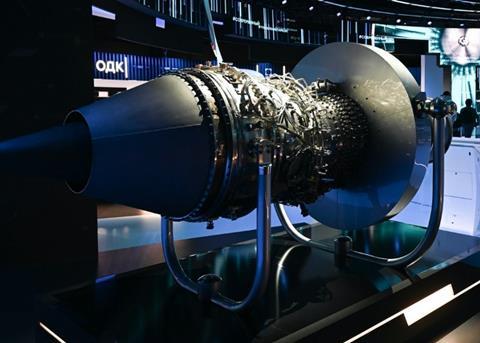 Rostec first deputy general director Vladimir Artyakov says the system has a long service life and is resistant to failures.

He adds that “fine-tuning” and bench-testing will be completed this month, after which it will be integrated with the engine for further tests.

Two PD-8 gas generators have been assembled. Rostec aims to secure type certification for the engine in 2023.