Russia’s United Engine has manufactured key components for the drive system of the Aviadvigatel PD-8 engine, intended for the latest version of Irkut’s Superjet 100.

The standard Superjet – originally produced by Sukhoi’s civil aviation division and since absorbed into the Irkut operation – is fitted with PowerJet SaM146 engines.

But Russian state technology firm Rostec is developing a version, known as the SSJ-New, with a higher proportion of domestically-built components.

The latest components, including the accessory drive and gearbox, plus the bevel gear, have been manufactured “within a tight schedule”, says Rostec, produced by United Engines’ Salyut arm.

They will drive the accessory systems such as fuel and hydraulic pumps to ensure the functioning of cabin equipment and control surfaces.

The components will be fitted to a PD-8 demonstrator which will undergo testing from March.

While the PD-8 benefits from Rostec’s experience in developing the PD-14 for the Irkut MC-21-310 and the high-thrust PD-35, the company says: “Certain tasks still have had to be solved for the first time.” 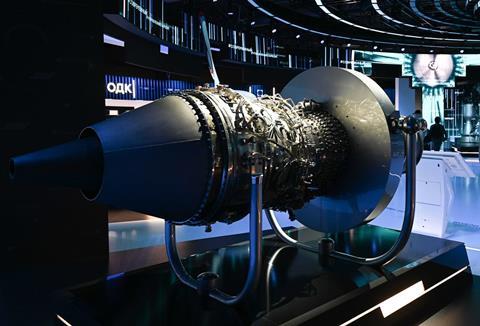