Russia’s United Engine has carried out cruise-altitude simulation with the core of the Aviadvigatel PD-8 powerplant, intended for a revised version of the Sukhoi Superjet 100.

The test-bench simulation of operating conditions up to 12,000m (39,400ft) marks the initial stages of PD-8 certification testing.

The Baranov Central Institute of Aviation Motors provided the facilities to conduct the tests, and Rostec states that these “confirmed the pre-calculated thermal model” of the compressor. 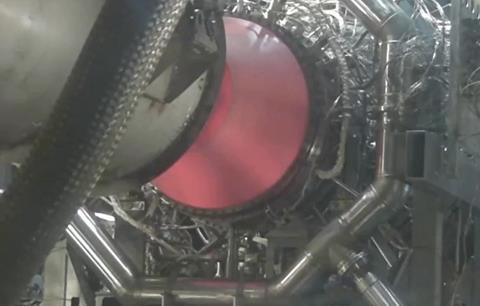 Tests of the PD-8 core in progress

PD-8 engines will be offered on the ‘SSJ-New’, a version of the Superjet which will include a higher proportion of domestically-manufactured components and systems.

He adds that the core will be subjected to a series of further certification tests running to March 2023, to run concurrently with testing of other prototype systems for the engine.