Airbus has shared images of All Nippon Airways' first A380 adorned with a "unique livery" after 21 days in the manufacturer's Hamburg paintshop.

The jet, one of three A380s ordered by ANA, will now undergo cabin completion, followed by ground and flight tests, says Airbus.

It notes that the A380 is Japan's first and will from May 2019 be used to operate a leisure route linking Tokyo Narita with Honolulu. 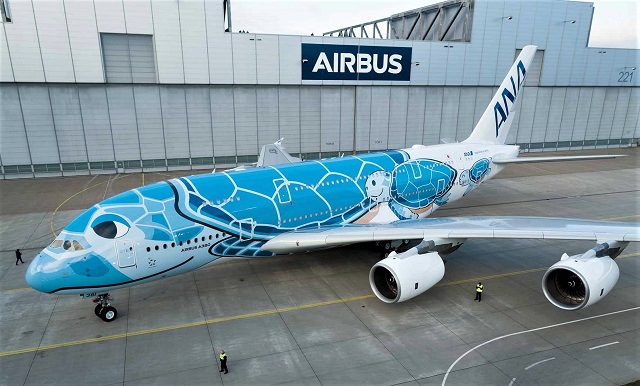 The aircraft's livery, victorious in a 2016 design contest, is dubbed "Flying Honu", in reference to a Hawaiin term for sea turtles, says ANA.

Across its A380 fleet, there will be emerald green ("Hawaiian ocean") and orange ("Hawaiian sunset") versions of the livery, as well as the blue one ("Hawaiian sky"). 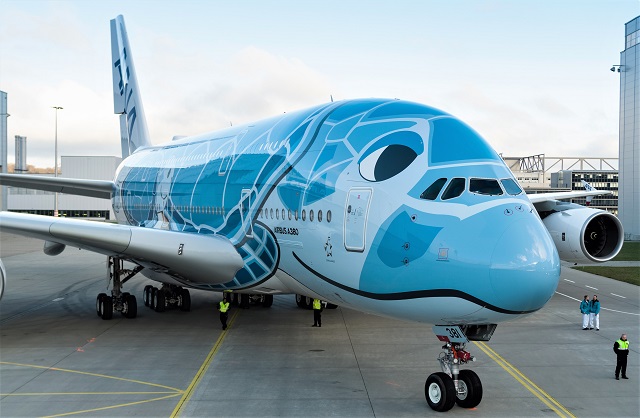