One of the more animated discussions in civil aviation recently has surrounded the choice of engine – or engine options – to power Boeing’s proposed new mid-market airplane (NMA). But with that programme’s launch now downgraded from "anticipated" to "prospective", the engine question has perhaps become academic. But while both CFM International and Pratt & Whitney – the only apparent contenders for an NMA engine contract – decline to discuss the NMA specifically, both have already done a great deal of work developing their next engines for narrowbody aircraft.

Both companies want their next models to deliver double-digit efficiency gains – but they must also remain flexible while there is uncertainty about the future aircraft programme specifications or development timelines.

P&W is studying various engine technology advances, but views its geared-turbofan (GTF) architecture as the foundation of its future powerplants. “For the commercial aviation industry, the geared-turbofan architecture holds extraordinary promise for the future,” P&W senior vice-president of engineering Geoff Hunt says. “The Pratt & Whitney GTF engine technology is scalable to aircraft platforms beyond the five we power today.”

Bill Brown, director of commercial engines marketing at GE Aviation – half of the 50/50 joint venture with Safran that forms CFM – describes a broader approach: studying multiple engine architectures simultaneously, to ensure readiness when an airframer comes calling. Should an airframer move forward with plans that would stretch the state of technology, CFM will be ready, Brown says.

“Architecture is almost the last thing we determine because it’s so reliant on integration with the airplane,” he says. “Don’t pick your architecture before the airframer has determined the requirements.” Insisting a single architecture is the way of the future is “like saying wings will always be made of canvas”, he adds. 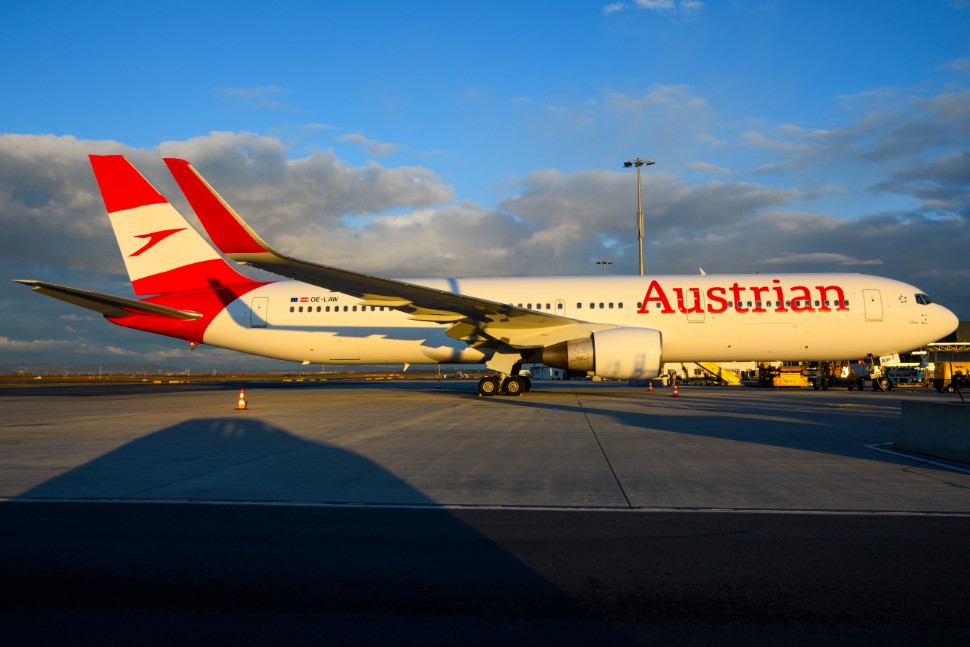 CFM’s Leap, which powers the Boeing 737 Max and is an option for Airbus A320neo-family aircraft and the in-development Comac C919, evolved from study of some 18 different engine architectures, Brown says. Those included geared fans, counter-rotating and unducted fans, and a “simple, direct-drive single-stage design” such as the CFM56’s.

The advancing state of technology enables a roughly 1% gain in aircraft fuel efficiency annually, with engines driving about 75% of efficiency gains and airframes accounting for the rest, says Brown. In other words, the NMA’s engine, assuming Boeing launches the aircraft and delivers it around the middle of next decade, could be 10-15% more efficient than a powerplant like the Leap. A 20% gain might be possible by the 2030s, he adds.

Boeing executives have suggested the NMA will not drive a technological leap, but rather incorporate existing technology. The project, they have said, could help Boeing transform its manufacturing process in preparation for the next project, which some analysts suggest might be a 737 replacement.

But the already-uncertain NMA programme became doubly uncertain in March, when a second 737 Max crash prompted a grounding that has thrown Boeing into crisis and stifled nearly all public discussion by company officials about in-development aircraft programmes. Asked about the NMA during an April earnings call, chief executive Dennis Muilenburg said Boeing had “prioritised” resources to focus on returning the Max to service. But, he added, NMA work continues nonetheless, with a 2025 entry-into-service still in the cards.

CFM, P&W and Rolls-Royce were initially competing to power the NMA, but R-R stepped aside in February, saying it was uncertain it would be able to meet Boeing’s timetable. However, R-R has expressed interest in partnering with another engine maker to power the aircraft.

GE has suggested its proposed NMA engine would be a larger, more advanced derivative of Leap. That engine is 15% more fuel efficient than the CFM56s preceding it, and, the simplicity of the Leap’s architecture ensures reliability through the demanding schedule of a narrowbody aircraft, which might operate five or six cycles daily, says Brown.

The GTF’s gear decouples the fan and turbine so each rotates at optimal speeds, with the fan turning about one-third the speed of the turbine. The design is 16% more efficient than previous-generation engines, P&W says. While the GTF’s gear improves the engine’s propulsive efficiency (a measure of how well it converts mechanical energy into aircraft kinetic energy), P&W is now focusing on thermodynamic efficiency (how well an engine converts chemical energy in fuel into mechanical energy). 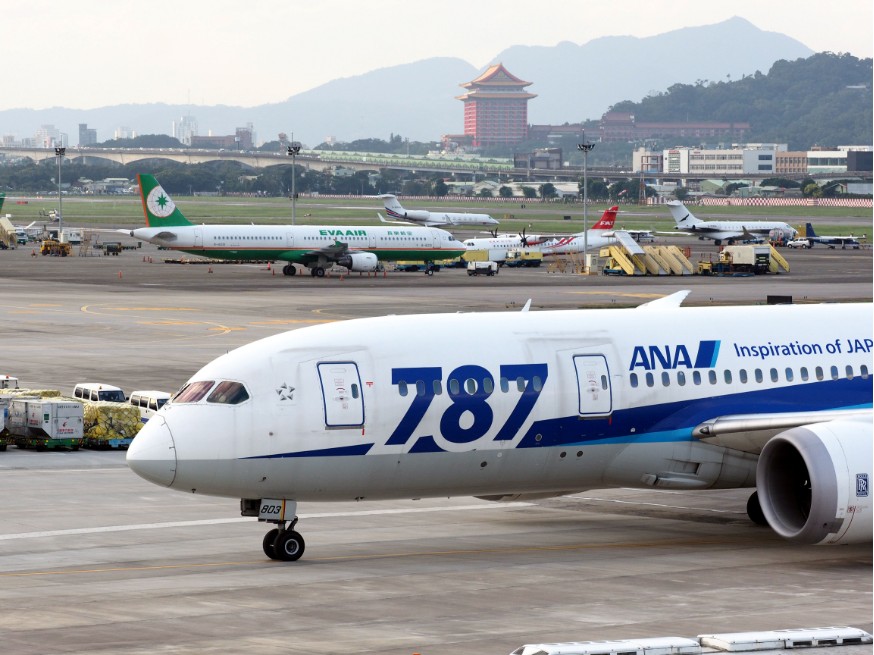 “Thermodynamic efficiency is all about how hot you can run the engine,” says Hunt. To accommodate higher temperatures, P&W is studying better cooling, improved coatings and increased use of advanced materials like ceramic-matrix composites (CMCs).

GE also thinks it can squeeze more thermodynamic efficiency from its designs, partly through expanded use of CMCs. Such materials let engineers reduce the amount of air diverted from the compressor to cool the turbine, Brown says. Additionally, GE intends to use more additive-manufactured parts, and more carbon-fibre composites in cold sections of engines, helping reduce weight, he says.

“Until we get to hybrid electrics, ceramics are the biggest development, right behind carbon fibre,” Brown says

Engine makers are also looking further ahead, eying architectures that promise even greater efficiency gains. One of these – unducted fans, also known as open-rotors – is not a new concept. Several manufacturers, including GE and Boeing, developed unducted technology decades ago, and more recently Safran ground-tested an open-rotor demonstrator in 2017.

Unducted designs address a conundrum that hampers traditional turbofan efficiency. Engineers know they can improve efficiency by increasing the size of an engine’s fan. But as fan diameter increases, the weight and drag of the nacelle jumps exponentially, negating the gains. The under-wing design of current aircraft also limits fan size.

The unducted design eliminates nacelles altogether, allowing fans to spin freely in air, which enables a higher bypass ratio. “The unducted fan is kind of like hitting the jackpot,” Brown says. “The open rotor takes all that drag and leaves it on the ground.”

Unducted designs require a high level of co-ordination and integration between airframers and engine makers, and engineers must find ways to reduce the design’s inherent noisiness. But, says Brown: “It’s not a hurdle that we couldn’t overcome.”

But no aircraft engine efficiency jackpot compares to the promise of electric-based propulsion. While fully-electric systems for large aircraft still seem locked in the realm of science fiction, hybrid-electric systems appear increasingly feasible, even for modest-size air transports. “We may not see fully-electric large commercial flight in our lifetime,” says Hunt, “but we’re betting we will see supplemental or hybrid-electric flights.”

He notes that Pratt & Whitney Canada, Collins Aerospace and United Technologies Advanced Projects (all sister companies in the United Technologies group) are jointly developing hybrid-electric aircraft systems. Collins recently unveiled plans to open an electric aircraft system “laboratory” in Illinois and is working with Pratt & Whitney Canada and UTAP to develop a hybrid-electric propulsion system for a Bombardier Dash 8-100 turboprop.

GE Aviation’s Brown envisions hybrid-electric systems in which a single turbine provides electrical power to multiple, small and low-drag motors embedded in an aircraft’s wings. “This is where hybrid starts to shine,” he says.