Do not expect Dubai Aerospace Enterprise to be among the big spenders at the air show that kicks off in its home city on 17 November. Not long ago, a mega, 400-narrowbody order seemed on the cards from the government-owned entity – which vaulted into the top echelon of lessors with its 2017 takeover of bigger, Dublin-based AWAS, tripling its portfolio to just under 400 aircraft.

Do not expect Dubai Aerospace Enterprise to be among the big spenders at the air show that kicks off in its home city on 17 November. Not long ago, a mega, 400-narrowbody order seemed on the cards from the government-owned entity – which vaulted into the top echelon of lessors with its 2017 takeover of bigger, Dublin-based AWAS, tripling its portfolio to just under 400 aircraft.

However, DAE chief executive Firoz Tarapore is clear that the focus has switched from a purchase of aircraft to growing its portfolio through organic growth and even a possible follow-up major acquisition. The reason is that, with delivery slots for the Airbus A320neo family and even the grounded Boeing 737 Max allocated for the next four years, DAE was simply unable to negotiate a keen enough price. 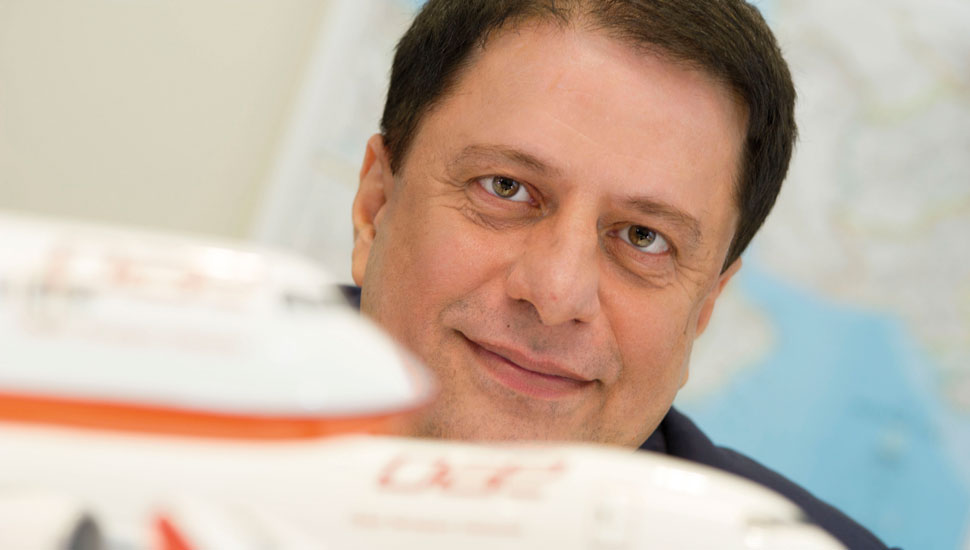 “At the time we closed the AWAS deal two years ago, placing a large order with the OEMs was our number one priority,” Tarapore told FlightGlobal on the sidelines of a finance conference in Dubai in October. “If you’d asked me a year ago, I would have said it is not our priority, but I would have still liked to have made an order. If you ask me today, I will tell you it is not a priority at all.”

There continues to be “an absolute divergence between what [Airbus and Boeing] want for the asset and what the market is prepared to pay”, he continues. “So we are relying on other channels.” These include sale-and-leaseback deals and potential further mergers. “Our intention remains doubling our fleet from 400 to 800 aircraft in six to eight years’ time, and we are laser-focused on making that happen,” he says.

DAE was unveiled with much flourish in 2006 as the umbrella group for a number of aerospace and aviation services businesses the Dubai government believed would complement Emirates, Dubai Airports and airport support specialist Dnata. As well as leasing, there were ventures planned in maintenance, airport management and further education.

However, after scaling back its ambitions in the wake of the Dubai financial crisis of 2009 and the divestment of US MRO provider StandardAero four years ago, DAE was left with a leasing operation comprising just 66 aircraft. Despite this, a plan to restore its fortunes under Tarapore was afoot.

It made three major moves within 12 months to spring back into the big time. In late 2016 it bought an 80% stake in Jordanian engineering shop Joramco, following that with the purchase of a portfolio of ATR 72-600s from GECAS to take its inventory of the turboprop type to 54. Finally, it pounced for AWAS, a business twice its size.

“AWAS allowed us not just to tick the box on our 2015 ambitions but to eclipse them,” says Tarapore. “It put us into a completely different league.” The merger of the two concerns has been “textbook” and “noiseless”, he maintains, adding: “We have made it work as one franchise.”

Tarapore insists that the success of that combination should give the industry confidence that DAE could do it again. “When we acquired AWAS, we demonstrated that we are good at inorganic growth. We are privileged to be having conversations that could lead to us doubling in size again.”

However, its ambitions are not dependent on a takeover. “Even if we do not make an acquisition, our organic growth plan will get us there [an 800-strong portfolio], but it might take us six to eight years, rather than two. Our trajectory is not easing up,” he says.

That expansion, moreover, may not “necessarily be linear”, he cautions. “It’s a cyclical business, so at times it is good management to sell more than we acquire.” DAE’s fleet has actually shrunk since the time of the AWAS acquisition, recorded as 357 aircraft in its financial statement for the first six months of 2019, made up of 302 owned and 51 managed aircraft, with four more due for delivery before the end of 2020.

With the exception of its ATRs, DAE’s portfolio is widebody-based, including “factory fresh” Boeing 777 Freighters – of which Tarapore says DAE is the largest lessor in the world – as well as 787-9s and Airbus A350-900s. He insists that a strategy of focusing on “new technology” twin-aisle aircraft has made sense.

“Ten years ago, the near-unanimous view in the industry was that an all-narrowbody portfolio was good, because of its liquidity,” he says. “But that has not been true for five or six years because, while there is certainly liquidity, the commodity returns mean you have to question the value of that liquidity. Investing in widebodies represents better risk-adjusted returns.”

The ATR 72-600s, however, fill a niche as they are “unique in the 70-seat market with a surprisingly wide operating base of over 100 operators”, says Tarapore. DAE has just under 60 of the regional turboprops, all in use, and is the second-largest lessor of the type. “We love it and would double our fleet if we could, but ATR cannot build them quickly enough,” he says.

By purchasing a controlling stake in Joramco, DAE reopened a second revenue stream by moving back into MRO. The Amman-based business had been privately owned after Royal Jordanian divested its majority share. DAE installed a new chief executive, who was formerly with Etihad Engineering, and the operation, says Tarapore, has been “turned around”.

The operation is now “running at 100% capacity” with African, Indian, Middle Eastern and “reputable” European airlines among the customers. The European Union Aviation Safety Agency recently approved Joramco for the Boeing 777, which has led to a flurry of the widebodies coming in for heavy checks and end-of-lease overhauls, says Tarapore.

Tarapore is considering mirroring the Joramco operation in Dubai with a hangar at Al Maktoum Airport, or DWC, a “strong possibility”. He adds: “In a business where labour costs and weather matters, we are asking ourselves if we could validate a profitable [airframe] business in the UAE.”

He says he sometimes has to remind people that DAE is only 12 years old. “We are building a 25-year franchise,” he says. “We have the luxury of being owned by [Dubai state investment fund] ICD, which is a patient, long-term investor with a strategic vision for transport, including, aviation.”

Tarapore adds: “Aviation makes up 25% of Dubai’s GDP, and we are part of that ecosystem, alongside two airlines, two airports and one of the world’s largest duty-free operations and handling companies, Dnata. We are helping to create the aviation success story of Dubai.”