GE wraps up GE9X trials as 777X flight tests near

GE Aviation wants the industry to know it has fixed a GE9X problem that delayed first flight of the Boeing 777X.

GE Aviation wants the industry to know it has fixed a GE9X problem that delayed first flight of the Boeing 777X.

The Ohio-based engine maker is now performing two final tests, which it expects will be completed before the end of November, clearing the way for 777X flight tests to begin.

In addition, GE Aviation is highlighting GEnx durability improvements and potential new business opportunities, including a possible GEnx-powered 767 variant being studied by Boeing.

“It is solved. It is fixed, and it’s fixed robustly,” GE Aviation’s GE9X programme manager, Ted Ingling, says of the GE9X stator vane problem that delayed the 777X’s flight-test programme. “It is better to have found it in the factory than find it in the field.”

“We fixed the assembly to make it more durable,” adds Ingling, “The performance and the operational characteristics of the engine did not change.”

GE Aviation is now completing certification testing on two engines. One is undergoing an “endurance test”, which examines engine performance when operated for extended periods at “redline temperatures and redline speed of rotors”, says Ingling.

The other engine is being subjected to a “vibration endurance” test, during which engineers run it with rotor imbalances. That test will help determine the engine’s ability to withstand such conditions and help establish procedures pilots will use to respond to issues.

“We expect to be done with that testing this month,” Ingling says. “When that’s done, Boeing can start its flight tests.” 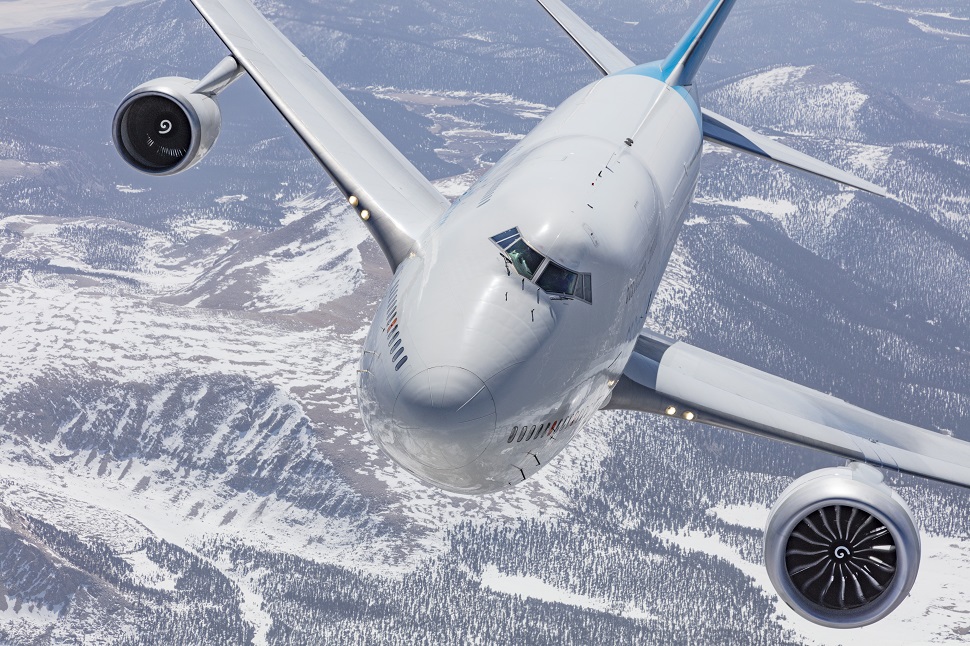 GE Aviation had halted certification testing after discovering a problem with stator vanes at the front end of the GE9X’s high-pressure compressor. The engine maker’s chief executive, David Joyce, disclosed the issue in June at the Paris air show.

The vanes, which sit between rotor blades, pivot on a bearing to keep the engine at peak performance. A “durability issue” in the second-stage vane was causing exhaust gas temperatures outside an expected range and premature component deterioration, Joyce said.

As GE studied the problem, Boeing continued to perform ground tests of the engines on its 777X test airframes.

The issue eventually forced Boeing to delay the 777-9’s first flight from 2019 to its current expectation of early 2020.

“It’s a lesson learned for us,” Ingling says. “The unfortunate part of this learning was that it came late in the game.”

The problem forced GE Aviation to recall from Boeing four GE9X “compliance engines” – those used for 777X test flights. Two of those engines are already back on the wings of a test aircraft, Ingling says.

Meanwhile, GE Aviation is performing “maturation” testing on one engine – work that involves subjecting it to extreme operating conditions, such as “airborne dusting”. Those tests will help engineers understand how the powerplant will perform over time when operated in extreme conditions, Ingling says. 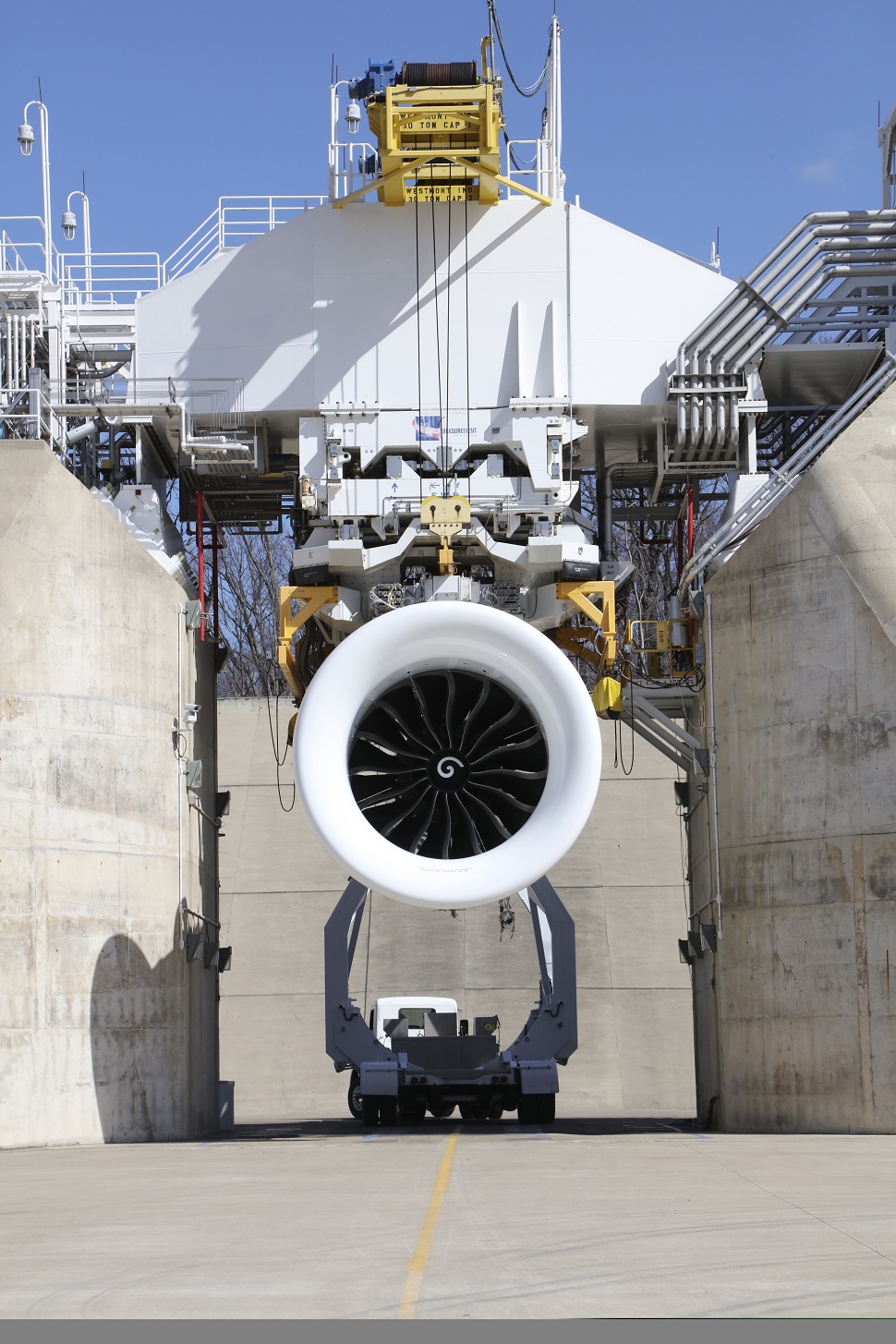 GE Aviation tests GE9X turbofans in a “test cell’ at its facility in Peebles, Ohio

With firm orders for some 340 777X on Boeing’s books, the aircraft has not yet proved a massive seller. GE Aviation has put its backlog of GE9X engines at about 700.

Boeing has broadly seen a dip in widebody orders, including orders from carriers based in China, a country now embroiled with the USA in trade tensions. Earlier this month Boeing cited slow demand from China as among the reasons why it is cutting 787 production from 14 aircraft per month to 12.

Boeing also said in August that it had temporarily shelved development of the 777-8.

“There is clearly some pent-up demand that won’t get filled until some geopolitical things get resolved between the US and China,” says Ingling. “We look at this over the long haul and are very excited about the capability of the aircraft and the engine.”

Boeing executives and industry analysts have predicted a surge in 777X orders in the next decade as models currently in service edge towards retirement.

GE Aviation is also using Dubai to call attention to the commercial success of its GEnx, the 747-8’s sole engine option and one of two 787 engine choices. The company recently delivered its 2,000th GEnx to Boeing, a milestone coming 15 years after GE Aviation launched the engine.

The engines have not been issue free. GE Aviation has developed an upgrade to improve durability issues particularly affecting engines operating in high and sandy environments.

“We have had a couple of bumps in the road,” says GEnx programme manager Jim Leister. But, he says, the company learned from airlines’ service experience and developed durability improvements. GE Aviation is also running a GEnx through tests to simulate 2,000 “hot and sandy” engine cycles, he says.

Meanwhile, GE Aviation is eyeing other potential GEnx platforms, having proposed a variant to power the Sino-Russian CRAIC CR929, a widebody that developers expect to fly around 2025.

The engine is also reportedly the choice to power a potential new freighter derivative of the 767, known as the 767-X. Boeing is reportedly reviewing the business case for that aircraft, which would enter service around 2025.

“I can confirm we are talking about it as a normal strategy review,” Leister says of the 767-X’s engines. “We talk with Boeing on different applications.”