Everything you need to know about RIAT 2019

Taking place from 19-21 July at the Royal Air Force’s (RAF’s) Fairford base in Gloucestershire, the show will have a major anniversary as one of its key themes, with special multinational flypasts to be conducted over the weekend marking 70 years since the ­establishment of NATO. 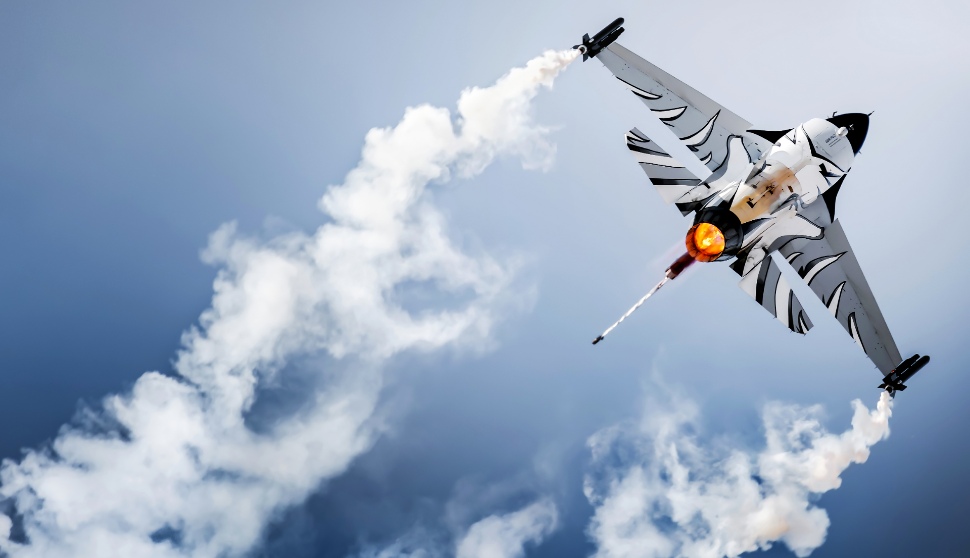 Assets due to be involved include Lockheed Martin F-16s from Belgium and Denmark, RAF Eurofighter Typhoon FGR4s and US Air Force Boeing F-15C/Es, along with one of the Alliance’s own Boeing E-3A airborne warning and control system aircraft. Germany is scheduled to commit a trio of visiting types to the formations, comprising an Airbus Defence & Space A400M tactical transport, Eurofighter and ­Panavia Tornado strike aircraft.

For its 2019 iteration, show organiser the RAF Charitable Trust Enterprises (RAFCTE) has reverted to its usual format, with a limited number of public tickets available on 19 July, when 4h of flying displays will be conducted, while aircraft arrivals will also continue in preparation for the main weekend event.

A full three-day programme was provided last year, with RIAT serving as a main stage for the RAF100 programme of centenary activities by the UK service.

Across its two full public days at the ­weekend, around a further 15h of display ­flying will be performed at the normally quiet US Air Force-run air base, situated on the edge of a small village in the heart of the rural Cotswolds.

This year’s RIAT will offer an unrivalled opportunity to view military aircraft from across the NATO inventory up close. At the time of writing, 13 other member nations – Canada, France, Greece, Italy, Lithuania, the Netherlands, Norway, Poland, Romania, ­Slovakia, Slovenia, Spain and Turkey – are due to make contributions to the flying display and sprawling static line at the show.

Among the rarer types to be deployed to the UK for the event will be a Romanian air force-operated Mikoyan MiG-21 and a pair of ­Turkish McDonnell Douglas F-4E Phantoms.

Additionally, a Boeing C-17 transport from the Strategic Airlift Capability’s Heavy Airlift Wing – operated by personnel from multiple NATO and Partnership for Pace nations – is due to visit, from its home at Papa air base in Hungary.

Other types to be displayed by Partnership for Peace nations, meanwhile, should include a pair of Swedish air force Saab Gripen C/Ds, while the Ukrainian air force will be making another appearance, again bringing two Sukhoi Su-27s accompanied by an ­Ilyushin Il-76 transport.

In all, almost 30 nations are sending aircraft to the showcase event, which the RAFCTE says could near match the 185,000 visitors who attended last year amid the RAF100 celebrations. Flying display highlights in 2018 included the sight of an Avro Lancaster from the Battle of Britain Memorial Flight leading a Lockheed Martin F-35B of the RAF’s 617 Sqn, and for the last time at a RIAT, one of the service’s now-retired Panavia Tornado GR4s. 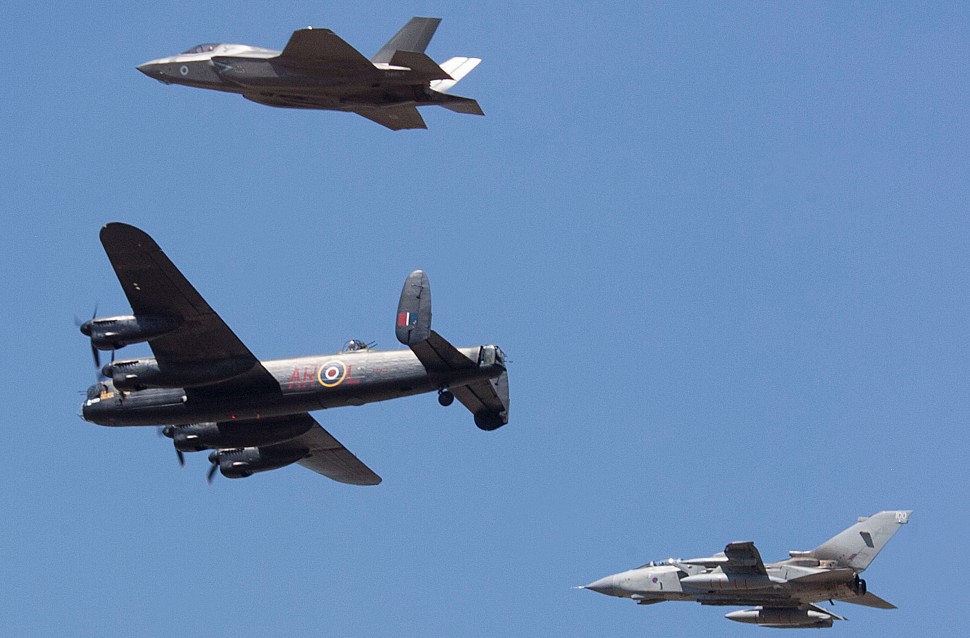 Long-distance arrivals this year will include a Royal Canadian Air Force Lockheed C-130 tactical transport and a Lockheed ­CP-140 Aurora maritime patrol aircraft from the same service. Pakistan will also deploy a Hercules, while Qatar is due to exhibit a ­J-model example along with one of its C-17s. Unusually, Leonardo C-27J Spartan medium airlifters from a quartet of nations will also be present, with examples deployed by Italy, Lithuania, Romania and Slovakia.

Following the type’s appearance at last year’s lacklustre public display at the end of the Farnborough air show week, RIAT visitors also will be treated to the sight of a Spanish navy Boeing AV-8B Harrier II airborne.

Other flying attractions this year should include an F-35B from 617 Sqn, which last month flew its first operational ­sorties over Iraq and Syria during a brief trial deployment to RAF Akrotiri in Cyprus. The Lightning force conducted ­operations alongside Typhoons that early this year assumed full air-to-surface strike responsibility on Operation Shader, following a major capability update provided via the UK’s Project Centurion.

Also at the show, a special flypast involving the RAF’s Red Arrows aerobatic display team will place their BAE Hawk T1s in formation with a specially-liveried British Airways (BA) Boeing 747-400. One of three jumbos carrying so-called “retrojet” schemes, the widebody (G-BYGC) sports the colours of BOAC, as used in the 1960s and early 1970s. 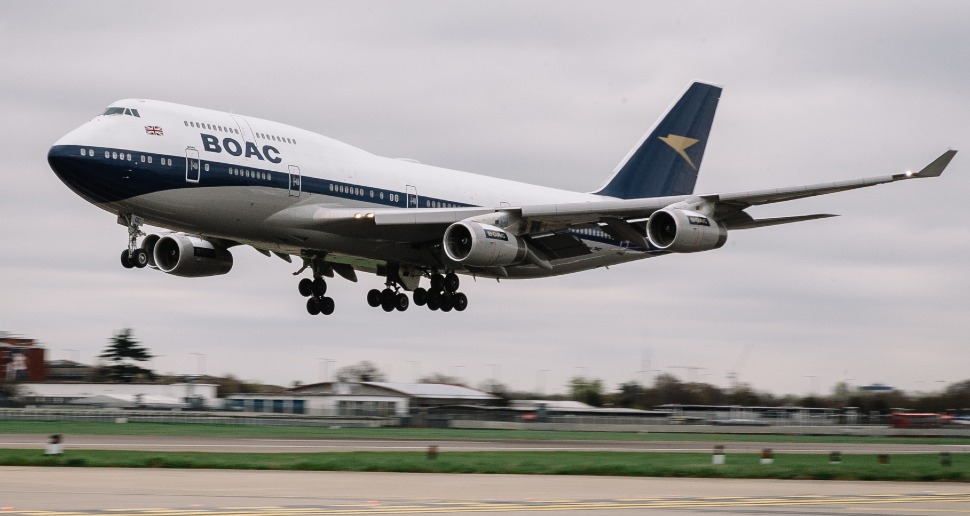 To be performed on 20 July, the unique ­flypast will commemorate the flag carrier’s centenary, which falls this year.

BA Captain Richard Allen-Williams, who will be in command of the 747, says: “We’re sure the sight of our BOAC-liveried 747 will provide a wonderfully nostalgic moment for the Air Tattoo audience.” Previous BA/Red Arrows flypasts at RIAT have ­included the BAC/Aerospatiale Concorde and Airbus A380.

“I can think of nothing better than to have one great British institution helping celebrate another,” says Air Tattoo chief executive Andy Armstrong.

In addition to the Red Arrows, other aerobatic display teams due to participate at the show this year are the Frecce Tricolori, ­Patrouille de France and Royal Jordanian ­Falcons, along with civilian counterparts the Breitling Jet Team and The Blades.

On the ground, visitors will see a US Navy (USN) 737-based P-8A Poseidon – a type that also will soon be delivered to the RAF to plug a capability gap that has existed since the retirement of its BAE Systems Nimrod MR2s and cancellation of their planned replacement, the MRA4. The first of nine UK P-8As made its debut flight in the USA on 12 July, and will be transferred for training activities at NAS Jacksonville in Florida in October.

Meanwhile, the UK military’s major training fleet transformation will be in evidence on the static line, where examples of all its new fixed- and rotary-wing types are to be on show. These platforms comprise the Grob ­Aircraft G120TP Prefect, Beechcraft T-6C Texan T1 and Embraer Phenom 100 – a combined 38 of which have been sourced via ­Affinity Flying Training Services – and the Airbus ­Helicopters H135 Juno T1 and H145 Jupiter T1; 32 of which are now assigned to the ­Defence Helicopter Flying School.

Qinetiq will also have two of its aircraft employed by the Empire Test Pilots’ School on show – an Avro RJ70 dubbed the “flying classroom”, and a Pilatus PC-21. The latter of these began supporting course activities at the start of this year, following the delivery of two of the Swiss-built turboprops in 2018. 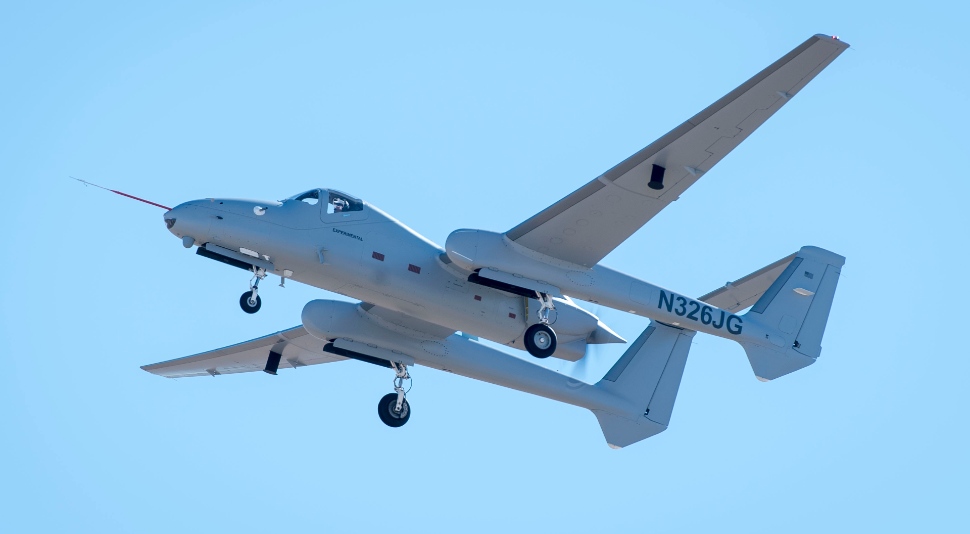 Being promoted by Northrop as an alternative to using dedicated medium-altitude, long-endurance unmanned air vehicles for intelligence, surveillance and reconnaissance duties, the Firebird is already in production for undisclosed US government customers.

An armed version of the T-6 trainer operated by numerous militaries around the world, the Wolverine was recently selected to ­support joint terminal attack controller training for the USN, via Textron Airborne Solutions’ Airborne Tactical Advantage Company subsidiary. The type’s selection followed navy and US Marine Corps pilots flying the AT-6 during the US Air Force’s light attack aircraft experiment.

RIAT has a strong tradition of achieving firsts with new aircraft – for example, hosting the first air show visit by an F-35. Last year, it welcomed the General Atomics Aeronautical Systems MQ-9B SkyGuardian, following a first transatlantic flight involving the unmanned type, conducted from the USA on the eve of the show. The aircraft remained on static display sporting the markings of the RAF’s 31 Sqn, which will operate it as the Protector RG1.

Another surprise last year involved a ­secretive exhibit located outside the corporate chalet row, which housed a full-scale mock-up of the UK’s Tempest sixth-generation fighter concept. This was shown to select military and industry visitors at RIAT prior to the design being formally revealed at Farnborough immediately after the event.

Spaceflight represents another show theme this year, to coincide with the 50th anniversary of NASA’s first moon landing. ESA ­astronaut Major Tim Peake will be visiting RIAT for the first time, on 19 July – an appearance that organisers say will “stimulate young minds”. Also in the “TechnoZone” exhibit area will be a full-scale prototype of Airbus Defence & Space’s ExoMars rover.

The RAFCTE says that since its establishment in 2005, it has awarded grants totalling more than £5 million ($6.2 million), supporting Air Cadet and University Air Squadron activities, special events and the provision of sports facilities at RAF bases, and also funding STEM scholarships and flying training for disabled pilots.

RIAT’s organisers have set 17-19 July as the event’s dates for 2020. Already backed by large numbers of visitors and senior industry and military officials, its importance appears set to grow further – in part due to Farnborough’s decision to no longer stage public days at the end of its trade event, as of next year.