The GE T408 turboshaft has 2,500shp more than the helicopter’s current engine, the Honeywell T55. It is certificated and installed on the US Marine Corps’ (USMC) forthcoming heavy lift helicopter, the Sikorsky CH-53K King Stallion. Boeing declines to say what Chinook model serves as a test platform for the engine test. 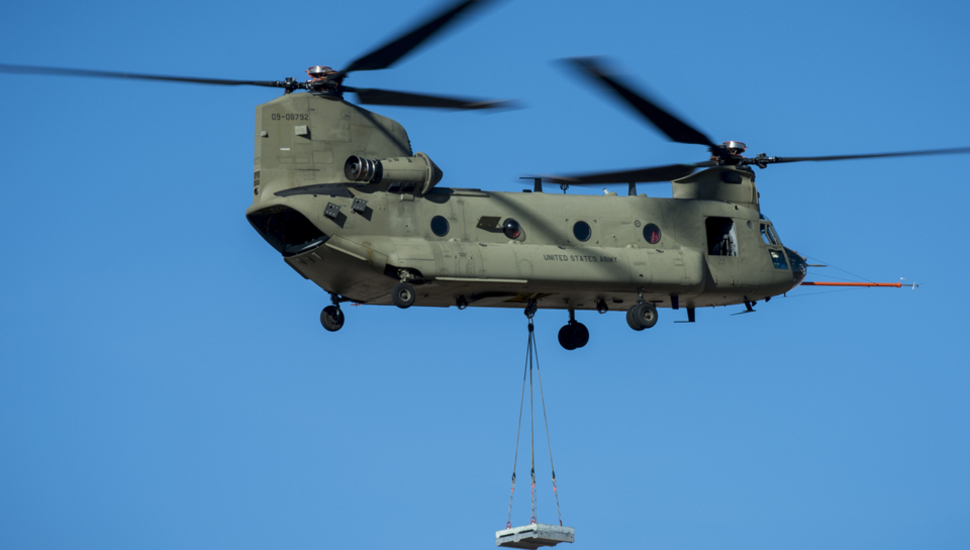 Upcoming testing is being done under a Cooperative Research and Development Agreement launched in 2016 between Boeing, the US Army and GE Aviation. The US Army has long been interested in adding larger engines to the CH-47F, but decided to keep the upgrade off the Block II enhancement list due to cost and development time, says Randy Rotte, Boeing’s director of business development for cargo helicopters and Future Vertical Lift programmes.

“The engine kind of fell out [of the upgrade programme]. However, everyone realises that at some point that becomes the limiting factor on the aircraft to do more and that would be the next point to touch,” he says. “The Army chose to add additional structure to the aft end of the aircraft for engine mounts to carry a heavier engine.”

Nonetheless, Boeing emphasises that there is no re-engine programme on the books.

The company did not disclose the lifting capacity of the CH-47 with T408s, though it did say the larger engine would be 15% more fuel efficient than the current Honeywell T55.

The CH-47's upcoming engine tests come as the USMC’s Sikorsky CH-53K struggles with technical problems and delays. The Pentagon is studying the CH-47 as an alternative and Boeing acknowledges that it has flight performance provided data for that effort.

The company notes that landing and launching Chinooks from ships – as the USMC would require – is not unheard of.

“The Brits, the Aussies, they operate Chinooks regularly on ships,” says Chuck Dabundo, vice president of Boeing’s cargo helicopter programme. “Our special ops [do too].”

Correction: This article was corrected on 22 May to reflect that Boeing plans to test larger engines on an undisclosed legacy model of the CH-47, not a CH-47F Block II model.