American Airlines has removed the Boeing 737 Max from schedules through September, as questions over when the jet will return to service continue to swirl.

The Fort Worth, Texas-based carrier has cancelled all flights operated by its fleet of 24 737 Max 8 aircraft through 3 September, it says today. It will cancel roughly 115 flights a day as a result.

"American Airlines remains confident that impending software updates to the Boeing 737 Max, along with the new training elements Boeing is developing in coordination with our union partners, will lead to recertification of the aircraft soon," the airline says in a statement, adding that they are "pleased with the progress to date".

American previously expected the 737 Max to resume flying by 19 August. 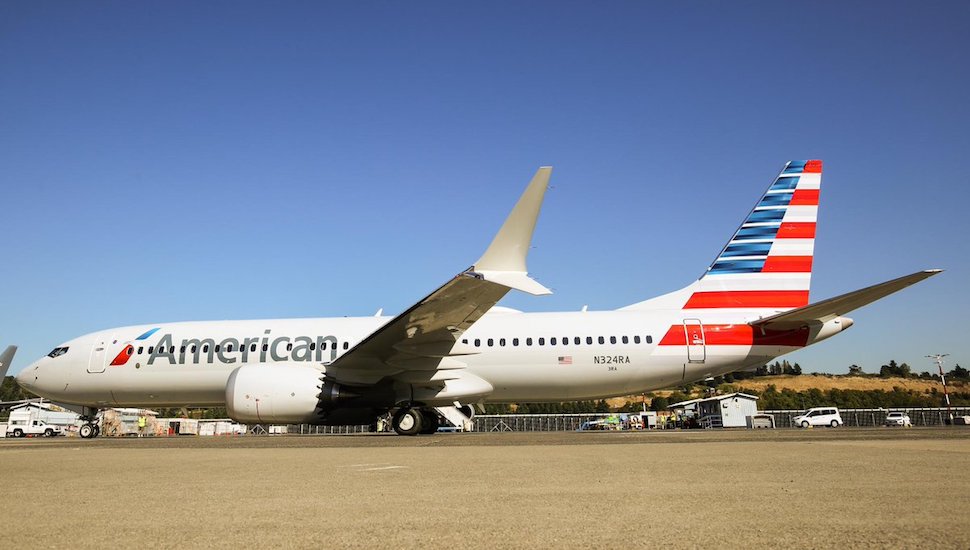 Boeing has completed a software update for the Max, however, global regulators still need to review and test it before they will be willing to re-certify the aircraft.

Daniel Elwell, acting administrator of the US Federal Aviation Administration, was unwilling to provide a target return-to-service timeline for the 737 Max when asked in May.

Fellow Max operators Southwest Airlines and United Airlines have also removed the aircraft from schedules through August. Scott Kirby, president of United, told reporters on 5 June that the Chicago-based carrier had "a couple weeks" before it had to make a decision on whether to cancel flights beyond 3 August.

"I don't know," he said when asked when the Max will return to service. "What I'm certain of is the aircraft is not going to be flying again ad re-certifed to fly until we're all certain that the aircraft is safe and gone through adequate review process with the regulatory agencies."

United operated 14 737 Max 9 when the type was grounded in March. The airline's chief executive Oscar Munoz told FlightGlobal in May that, while their top priority was returning the aircraft to service, they planned to seek compensation from Boeing for the grounding.

Southwest had 34 737-8s in service in March. It has cancelled flights through 1 August.