The American Airlines-owned carrier's final four Dash 8-300s – registration N327EN, N330EN, N333EN and N337EN – will operate 13 flights on 4 July before the aircraft's final flight as American 4927 from Charlotte to Salisbury, Maryland, with a scheduled 18:33 departure in the hope that it will literally fly into the sunset. 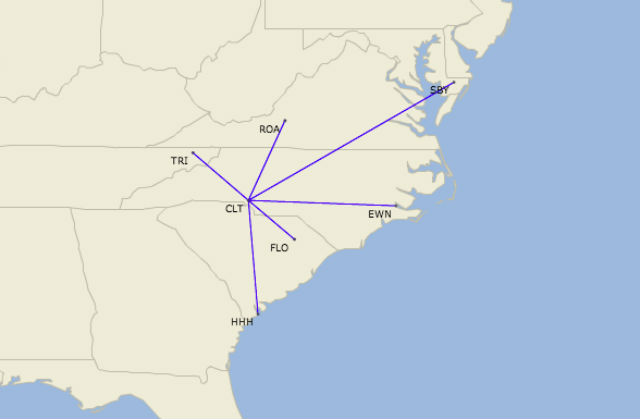 “The Dash was the workhorse of the regional network, and it has served us well for years,” says Lyle Hogg, chief executive of Piedmont, in a statement. “The Dash’s outstanding safety record, reliability and short runway capabilities will be missed in communities all over the East Coast."

Hogg, though only chief executive of the regional carrier since 2016, echoes similar sentiments to those expressed by Piedmont executives in 1986, less than a year after it first introduced the Dash 8 Q100.

Speaking to Flight International in April 1986, then-named Henson Aviation vice-president John Presburg said the aircraft's luggage capacity and short-field performance were drivers of its initial order for five of the type in 1984.

The short-field performance was a key to serving airports like Hilton Head, South Carolina, that in 1986 only had a 1,128m (3,700ft) runway. The airport only extended the runway to 1,524m this June in order to maintain commercial service with the impending Dash 8 retirement.

"My appetite for receiving the aircraft is a lot stronger than DHC's ability to produce them," Presburg told Flight at the time.

Henson introduced the 37-seat Dash 8 Q100 on flights between Salisbury and Baltimore – it fed its namesake Piedmont Airlines' Baltimore/Washington hub at the time – on 2 May 1985, a month after taking delivery of the aircraft.

Piedmont was the largest US operator of the smaller Dash 8s, not including the current generation Q400 that was introduced a decade after the Q300 in 1999. Horizon Air was the second largest operator with its fleet peaking at 44 in 1998, the database shows.

American acquired Piedmont through its merger with US Airways in 2013, and began transitioning the carrier to an Embraer ERJ-145 operator in 2016. The airline retired its last Dash 8 Q100 in November 2017.

The 1980s was a heady time for the 30-50 seat turboprop segment. Manufacturers vied for a piece of the booming market, launching the ATR 42, de Havilland Dash 8, Embraer EMB-120 Brasilia and Saab 340, to name some of the most popular types at the time.

Canada's NorOntair introduced the first Dash 8 Q100 in 1984, followed by Eastern Metro Express that December, the Flight archives show. Horizon Air and Piedmont joined the ranks of US operators in 1985. 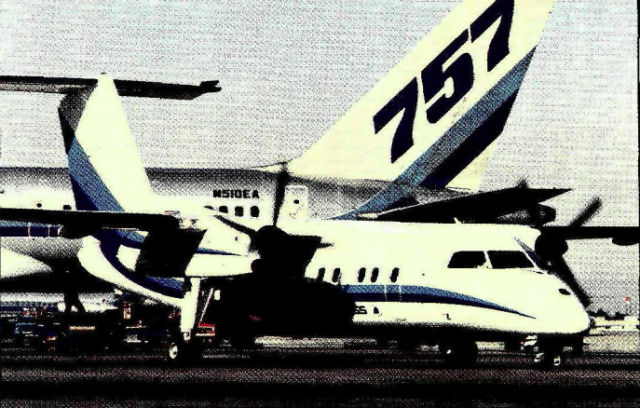 The early Dash 8s faced what Flight called "common teething issues". Dispatch reliability was the top issue for operators by April 1986, with Piedmont only achieving 96% on its fleet at the time. Various issues with the avionics' altitude and heading reference system (AHRS) and the Pratt & Whitney PW120 engines were cited by operators as impacting reliability.

Despite these early issues, airlines around the world continued to order and operate the Dash 8 Q100, Q200 and Q300 variants. The global commercial passenger fleet peaked at 503 in-service aircraft in 2008, and the US fleet at 171 aircraft in 2000, Fleets Analyzer shows.

North America continues to have the largest concentration of Dash 8s, with more than a third of the in-service fleet at the end of 2018. Many of these aircraft operate for Canadian carriers.

The Dash 8 was not the most popular turboprop of its peers with US airlines. The in-service Dash 8 fleet peaked behind those of the Saab 340 and Brasilia, which topped 280 aircraft in 1998 and 223 aircraft in 1996, respectively, Fleets Analyzer shows.

However, the Dash 8 does have the distinction of remaining the longest in the feeder fleets of US mainline carriers, as both the Brasilia and Saab 340 were retired years ago. The Q400 continues to fly at Alaska Airlines-subsidiary Horizon Air as well.

Dash 8s are not disappearing entirely from US airports. Ravn Alaska continues to operate 10 Dash 8 Q100s from its Anchorage base, Fleets Analyzer shows. However, with an average age of 25.7 years, the aircraft are likely candidates for replacement over the medium term.

Once flight AA4927 lands in Salisbury tomorrow, Piedmont will join the ranks of so many of its regional peers as an all-jet carrier flying 46 ERJ-145s for American.