In theory, the most efficient wing is infinitely long, which is obviously not possible. The practical application of this truism is that the higher a wing’s aspect ratio (span squared/area), the more efficient it is. One only need look at a sailplane’s long, narrow wings to see this in practice.

In theory, the most efficient wing is infinitely long, which is obviously not possible. The practical application of this truism is that the higher a wing’s aspect ratio (span squared/area), the more efficient it is. One only need look at a sailplane’s long, narrow wings to see this in practice.

While aerodynamically efficient, a high-aspect-ratio wing will weigh more than a lower-aspect ratio one with a comparable area. In addition to structural considerations, an aircraft’s wingspan may also be limited by other factors. Aircraft geometric footprint requirements factor in and often limit wingspan. Transport aircraft are designed with an eye to how many airports and gates they can utilise. Airbus A320 and Boeing 737 narrowbody aircraft both have a wingspan of slightly less than 36m (118ft), fitting in aircraft design group III capable gates. The Cirrus Vision Jet was designed with a wingspan of just 11.8m, allowing it to fit the typical 12.1m wide US T-hangar. 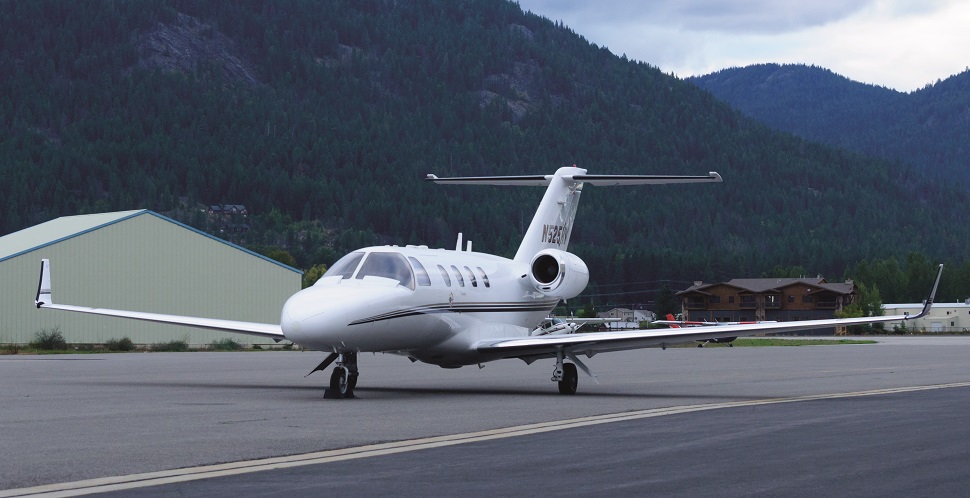 Preview example was flown from McClellan-Palomar airport in Carlsbad, California

Designers, having already optimised aerofoils and wing sweep, seemed at their wits end in the search for wing efficiency. But it was at the wing’s end that designers would find room for improvement. The first widely adopted wingtip geometry improvement was the addition of end plates to control wingtip vortices. This concept was patented by Frederick Lancaster in 1897 and enjoyed widespread introduction on the original A320 family of aircraft.

What we today have come to call winglets, near vertical wing extensions, were developed by NASA in the 1970s. Once novel, winglets have now become quite common. Despite their widespread acceptance, their use is still a subject for discussion.

As a student at the US Air Force Test Pilot School, I vividly remember a respected staff member categorically stating that a winglet was a sign of a poorly designed wing. Indeed some winglets are better classified as “blinglets” – more for show than go. The Boeing 747-400 is a case in point, given that its cruise performance with winglets removed is listed as no better than with them. On a number of business jets, winglets are more akin to tailfins on 1950s cars, metal sculpted merely to show the vehicle is new and improved.

While winglets improve efficiency by increasing span, the ensuing increased aerodynamic loads and weight must be accounted for. On a clean-sheet aircraft, these can be accounted for in the original design. Retrofitting a winglet on an existing aircraft is a more complicated proposition. Can the existing wing structure be economically reinforced? Will the promised performance improvements justify the downtime and expense? And, not to be overlooked – will winglet costs be recaptured at resale? For the popular Cessna Citation Jet 525 series, one company in Idaho has developed a trailblazing solution that answers all three questions in the affirmative.

How was Guida able to untie the Gordian Knot of performance improvement without an untold rise in weight and expense? Wings spend the vast majority of their time in at or near 1g flight. The wing’s structure, however, must be capable of withstanding exceedingly rare high-g events such as large gust loads or severe pull-ups. The solution was simply to “turn off” the winglet when a stressful high-g event was encountered, allowing performance improvements with no additional structural weight save the winglet itself. 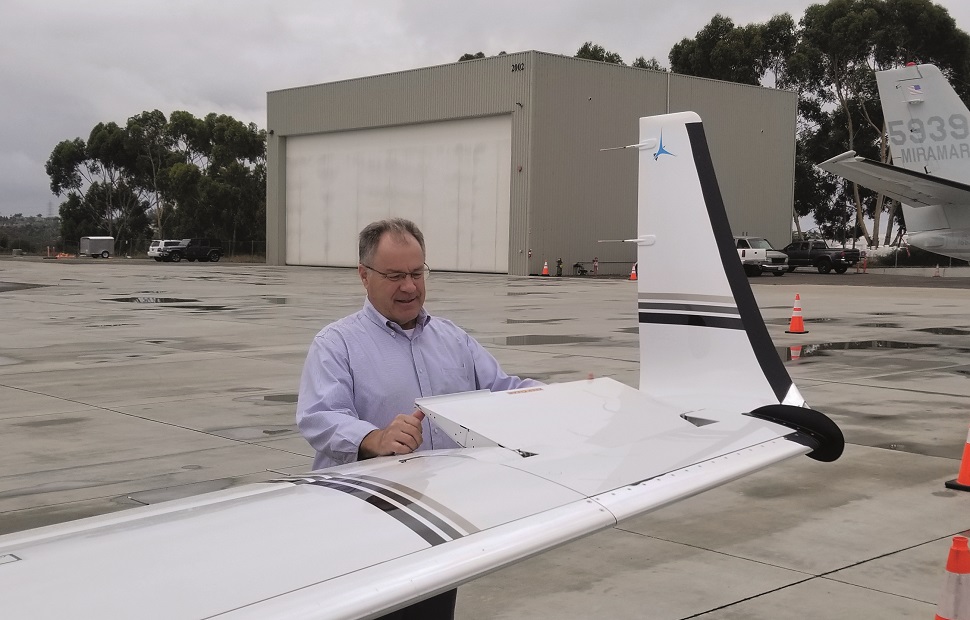 The ATLAS system consists of a wing extension and upturned winglet which add 1.86m to the Citation’s span and 8sq ft (0.7sq m) of area. Wing efficiency is improved as the effective aspect ratio has increased from the baseline’s 9.01 to 11.88. The “switch” that turns off undesired stressful loads (lift) is a moveable panel/surface at the trailing edge of the extension portion of winglet structure.

Guida coined the term Tamarack Active Camber Surface (TACS) for this innovative device. At first glance the TACS just looks like a large corded aileron. It is commanded by a fuselage-mounted control unit that incorporates redundant accelerometers. Each wing’s panel is moved by a single servo, powered by the aircraft’s electrical system. When the system senses an impending stress event it rapidly moves the TACS to unload the wing and keep structural loads within design limits, shrugging them off.

FlightGlobal was invited to Carlsbad’s McClellan-Palomar airport to see first-hand how ATLAS has improved the performance of an original 525 series Citation Jet. The preview example was a customer aircraft, US registration number N525HV, serial number 525-0201. Nick Guida was the demonstration pilot for the flight, and I accompanied him as he performed the pre-flight walk-around inspection. We spent a good amount of time examining the winglets and the innovative TACS component. The 0.5m (20in) x 0.5m surface moves in a range from 19° upwards to 10° downwards, to unload the wing for positive and negative-g load spikes, respectively. The wing extension and upturned winglet is not de-iced, but after a thorough test campaign the ATLAS-equipped aircraft has been cleared for flight into known icing operations.

In the cockpit the only difference from a baseline Citation Jet is the addition of an ATLAS INOP button light on the instrument panel. Engine start and before taxi checks were standard as standard, with the exception of the ATLAS BIT check, initiated by pushing the ATLAS INOP button three times.

During the taxi to runway 24 for take-off, Guida noted a rotation speed (Vr) of 108kt (200km/h) indicated airspeed (KIAS) for our flaps 15 configuration. Once cleared for take-off, I advanced the thrust levers to set 95% N1. ATLAS modified aircraft take no credit for the reduction in ground roll enabled by the larger and more efficient wing, but Guida remarked that ATLAS Citation Jets would safely take off and climb out at speeds 10kt slower than published figures. Where certification credit is taken is for the increased climb performance with all engines operating and one engine inoperative.

Once airborne and cleaned up we turned to the northeast for a climb to the Citation Jet’s ceiling of 41,000ft. Normally, pilots would engage the yaw damper, as the baseline variant’s Dutch roll characteristics can make for an uncomfortable ride. The ATLAS winglets are aft of the wing’s aerodynamic center and stabilise the ride.

For the duration of the flight, I left the yaw damper disengaged except when the autopilot was used. During the climb, at speeds of 140-160KIAS, I did a number of sharp moderate-amplitude rudder doublets to excite the Dutch roll response. I found the oscillations damped out in fewer oscillations than allowed by US Federal Aviation Administration regulations. As was expected, damping decreased as altitude increased, but even while approaching flight level (FL) 410 (41,000ft), Dutch roll oscillations were easily countered by small, well-timed rudder inputs.

While the enhanced stability provided by the ATLAS winglets at FL410 was notable, I was more impressed with just being at FL410 in a Citation Jet with two occupants and a full load of fuel. According to Guida, cruise attitudes for baseline examples at our gross weight were usually in the mid-30,000s of feet.

Once level at FL410, I left the power set at 100.5% N1 (maximum continuous power) and watched as the Citation Jet accelerated from 125KIAS at a rate of 1kt/3s. It was warmer than standard, but the aircraft stabilised at 171KIAS and Mach 0.59. The resultant true airspeed was 337kt with a total fuel flow of only 580lb/h. Guida pointed out that with reserves, baseline Citation Jets have endurance of 3h, while ATLAS-equipped variants can fly for 4h. This equates to comfortable leg lengths increasing from 900nm (1,670km) to the 1,200-1,300nm range. After the flight, Guida provided performance numbers for several stage lengths (see table).

The ATLAS’s TACS surfaces deploy symmetrically to unload the wing in the event of a high-g spike, triggering at 1.25g. While still at altitude, we did a number of 45° angle bank turns. I increased yoke back pressure as I rolled the CJ into a 45° bank. As the g loading increased the, TACS deployed as we passed 40° of bank. There was no perceptible degradation in performance as the nose smoothly tracked across the horizon. Impressed by the ATLAS Citation Jet’s cruise performance and high-altitude handling, we initiated a descent to a medium-altitude block where we would explore the jet’s slow-speed handling qualities. During the descent I accelerated the Citation Jet to M0.70 (Mmo). Once there, I did a few rudder doublets, confirming docile yaw damper-off Dutch-roll response at the limit. Finally, I did some sharp aft yoke pulls to trigger the TACS in a wings-level attitude. As with the turns the TACS activated symmetrically, to avoid over stressing the wing.

The ATLAS-modified wing, with its increased area and upturned winglets undoubtedly gives the Citation Jet a slower stall speed than a baseline aircraft. As was the case with take-off ground roll performance, however, Tamarack elected not to certificate the ATLAS Citation Jet with reduced stall speeds. I levelled the clean aircraft off at 17,000ft and slowed it at 1kt/s to sample the ATLAS-modified variant’s stall characteristics.

STEADY AS SHE GOES

The stick shaker activated at 104KIAS, with the CJ settling into a full aft yoke stall at 95KIAS. The wings were rock steady as the aircraft descended at 1,900ft/min (9.6m/s). The aircraft was responsive to small rudder inputs and displayed no tendency to drop a wing even when the ailerons were used. Recovery to the normal flight envelope was affected by lowering the nose and adding power to accelerate out of the stall.

The next stall was again in the clean configuration but at a deceleration of 2kt/s. This time, perhaps due to the accelerated entry, the left wing dropped slightly as full aft yoke was reached. Gentle application of the rudder levelled the wings with the Citation Jet again settling into a stable wings-level descent. The final stall was in a landing configuration, gear down and flaps 35° (fully down). At a deceleration rate of approximately 1kt/s, the shaker activated at 87KIAS. There was noticeable buffeting in the dirty configuration, but the aircraft was stable in all three axes as it settled into a wings-level descent. As with the clean stalls, recovery to the normal flight envelope was easily accomplished.

Return to Carlsbad was uneventful, where we did an instrument landing system approach to a full stop landing. During the 1h 39min flight I saw first-hand the benefits Tamarack’s ATLAS system brings to the Citation Jet. Increased range and lower fuel burn are two easily quantifiable benefits. The ability to climb to higher cruise altitudes allows for more direct routings and easier weather avoidance. Improved single-engine climb performance increases the margin for error in the event of an engine failure. Yaw damper-off ride quality is markedly improved with the addition of winglets.

Finally, from a handling perspective, the ATLAS Citation Jet just felt more stable than other examples I have flown. Tamarack’s innovative use of load alleviation technology has allowed it to field a winglet that delivers real-world performance and safety benefits, all at a price point that invites serious consideration.