South Korea is home to some of the world’s busiest routes and airports, as well as some of Asia’s major carriers.

South Korea is home to some of the world’s busiest routes and airports, as well as some of Asia’s major carriers.

But the country’s MRO industry is in a strange position: it is a market dominated by one large player, with smaller – and newer – entrants few and far between.

Industry players not that, for a country that is experiencing growing passenger and air cargo numbers, its MRO industry is still very much in its infancy.

All Korean carriers conduct their own line maintenance at home – but when it comes to heavy maintenance, it’s a different story. Until quite recently, the majority of Korean carriers have sent their aircraft overseas for such work. South Korean media reports indicate that, a few years ago, annual spend on overseas MRO work was around W1 trillion ($831 million).

That is about half the W2 trillion demand for MRO services in Korea today, according to surveys cited in a Korea Herald news report earlier this year.

The wider MRO industry has not failed to notice. Korean Air’s maintenance and engineering division says that even with the airline’s “excellent self-maintenance capabilities”, it is increasingly hemmed in by international competition.

“Due to a growing number of international players from China and Southeast Asia improving their price competitiveness, it is getting harder to maintain our heavy maintenance business,” the company tells FlightGlobal.

In a bid to stem the tide of MRO spend flowing overseas, the Korean government has tried – many times – to grow the industry, with varying levels of success.

There were plans to create an “aeropolis” in the country to attract local and foreign MROs, but this fell through. Still, South Korea has been able to create a new player with Korea Aerospace Industries’ (KAI) entry into the market last year, helping to boost the country’s MRO profile.

Can South Korea gain a competitive edge over its regional neighbours – and not only retain MRO spend locally, but also attract foreign carriers?

For flag carrier Korean Air, much, if not all, of its MRO work is done in-house, by the airline’s maintenance and engineering division.

The same division also handles the airline’s low-cost subsidiary Jin Air, and does A checks on Czech Airlines’ Airbus A330 aircraft. 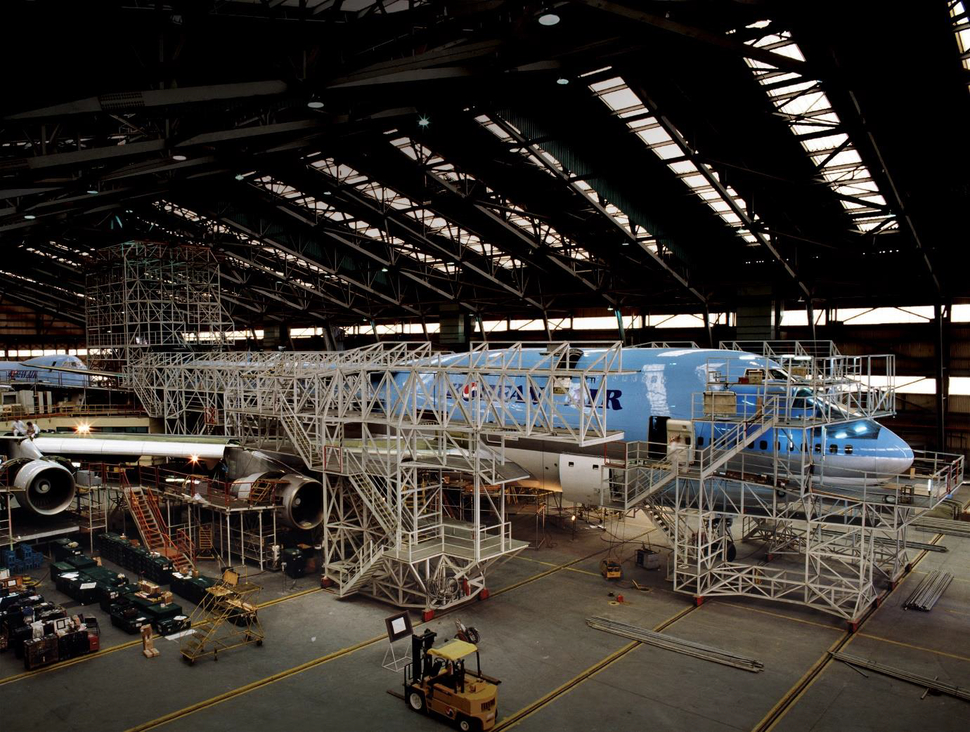 Korean Air’s aerospace division, KAL-ASD, is involved in a variety of aerospace-related work. In commercial aircraft MRO and modification, the division carries out line and base maintenance of Boeing and Airbus widebodies, such as Boeing 747s, 777s and Airbus A330s, and cargo conversions. It also does wing and fuselage structure modification, and component manufacturing.

KAL-ASD also plays a role in aerostructures development, and has developed components for various Boeing and Airbus aircraft types. These include raked wing tips for the Boeing 747/777/787, Airbus A320 sharklets, and cargo doors for A350s.

The division also does MRO for military aircraft, and counts branches of the Korean and US military among its clients. 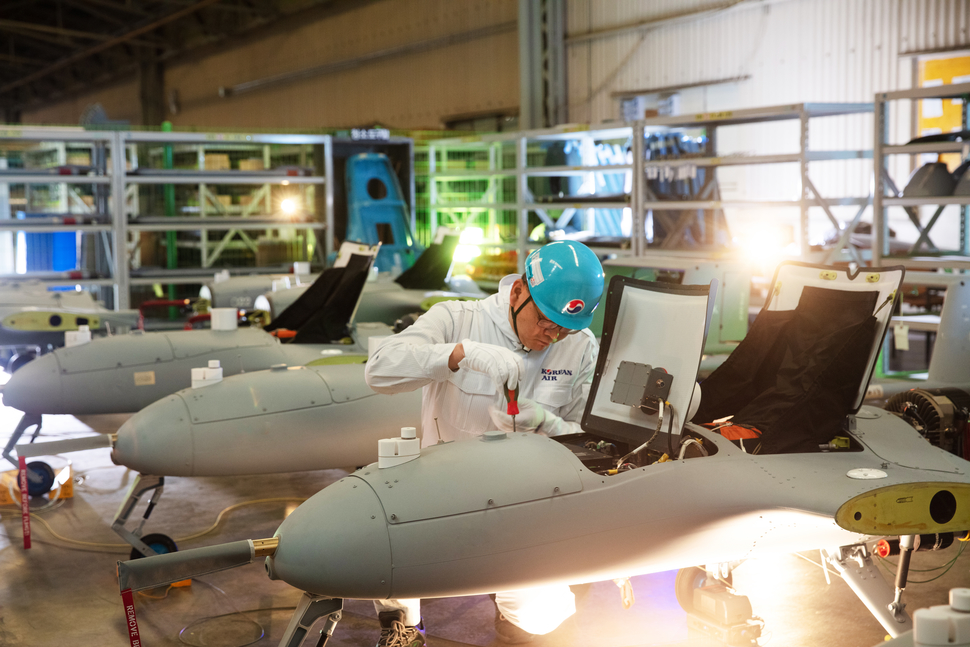 Meanwhile, KAI has decided to get into the MRO business. FlightGlobal reported in March 2018 that the company had signed a memoranda of understanding with several South Korean companies to establish a commercial MRO operation.

Seoul had approved KAI’s business plan for the unit in December 2017, after an evaluation committee found that the company had sufficient infrastructure to set up the state-sponsored MRO business.

The MRO subsidiary, Korean Aviation Engineering and Maintenance Services (KAEMS), prides itself as being the country’s first MRO company not to be affiliated to any airline. 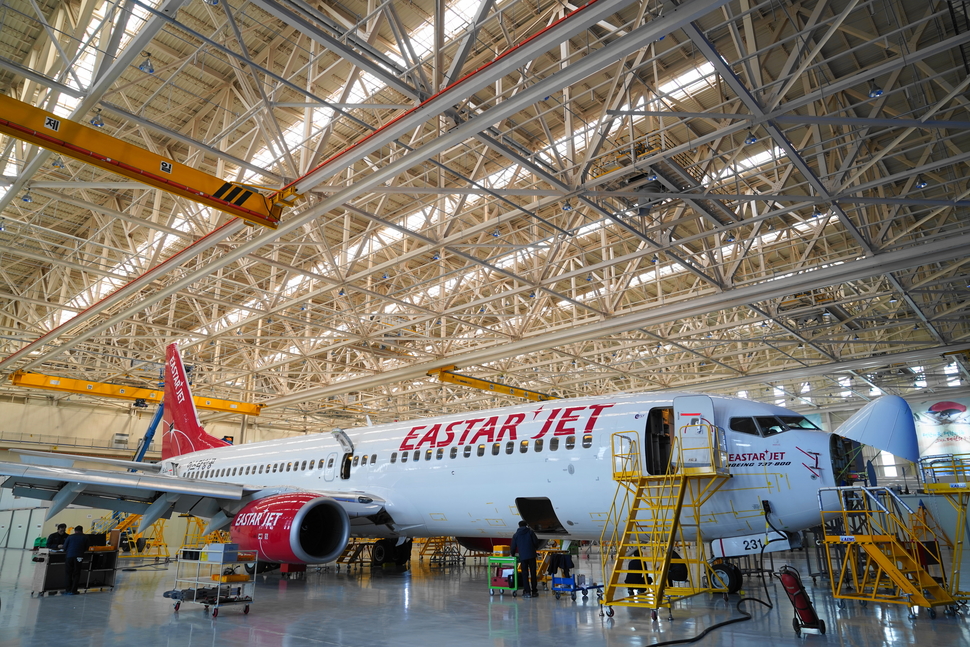 KAEMS, which calls itself “the one and only independent MRO designated by the Korean government”, entered the market in July last year.

Headquartered in Sacheon in South Gyeongsang province, KAEMS aims to provide heavy C to D checks as its main business using an existing KAI hangar that was formerly used for military MRO and upgrades.

It inducted its first aircraft, a Boeing 737NG, in December last year, and now counts low-cost carriers Jeju Air and Eastar Jet among its key clients. It started with the 737 because it is “in high demand for [short-haul routes] in Korea,” the company says.

As well as carring out work on the Boeing narrowbody, the company tells FlightGlobal that it is hoping to expand to Airbus narrowbodies, and eventually to widebodies. It is also hoping to deepen its capabilities in MRO work for 737s – especially parts maintenance. KAEMS has previously told FlightGlobal that it is looking to expand its portfolio to include component maintenance, supply chain management and line maintenance.

KAEMS is hoping to tap in to the growth in Korea’s low-cost market to expand its business. Low-cost airline business in the country has grown from 0.6% of the domestic market in 2006 to 42% just five years later. KAEMS also notes the increase in foreign low-cost carriers into the country, and tells FlightGlobal it is hoping to get work from some of these carriers. 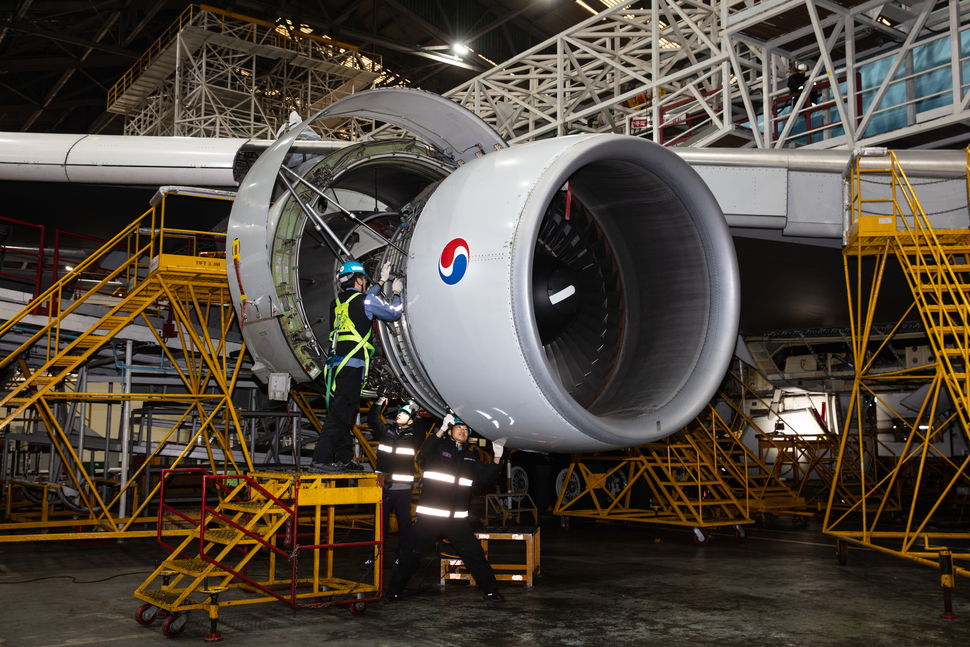 Still, industry players say they face significant challenges, while government initiatives, some carried out in partnership with carriers, have been met with mixed results.

In 2016, plans by Asiana Airlines to enter the MRO business were eventually scuttled due to a lack of feasibility.

Asiana currently sends its aircraft to China or the Philippines for C and D checks.

One industry executive points to “strict” government regulations as a factor.

“The authority, at times, requires excessive amounts of data and documentation for an airworthiness directive when domestic companies conduct modifications and performance improvements, while the policy is more generous for foreign companies,” the executive says. “The current system discourages the further development of the domestic MRO business.”

For this reason the companies believe there is much the authorities could do to help the industry along.

“The government and airlines should work together to reduce excessive regulations and create business conditions based on market economy principles, in order to make the ­Korean market more sustainable and resilient,” the industry source says.

But there are signs of hope for the fledgling industry. The Korea Herald reported in May that lawmakers have proposed a bill approving the construction of an MRO facility at Seoul’s Incheon airport. The bill is expected to be passed by the Korean national assembly, paving the way for Incheon to have a cluster of MRO services near its premises.

The desire for an MRO complex in the Incheon area dates as far back as 2009. In 2017 Incheon airport told FlightGlobal that it was seeking an independent MRO company to set up a maintenance facility near its passenger terminals.

If the complex gets the nod, it will help the country elevate its status not just as a passenger and cargo hub, but also position it to capture more of the region’s MRO growth.