The Royal Australian Navy is retiring its Westland Sea King helicopters after 35 years of service.

The nation's last Sea King formation departed the Naval Air Station at HMAS Albatross in Nowra for Sydney, where they over flew the harbour. They then flew on to Canberra before returning to the coast.

"We call them the Mack trucks of the skies," said Paul Moggach, commanding officer of the 817 squadron and leader of the farewell formation. "The Sea Kings are a very capable aircraft that has served Australia well."

The Sea King is being replaced by the NH Industries MRH90. 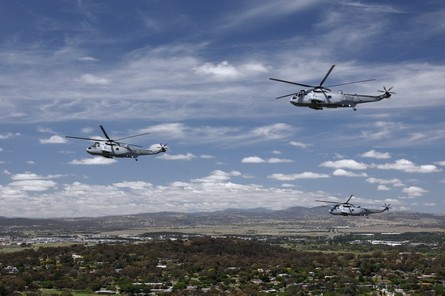