Russia’s failure to achieve aerial supremacy over Ukraine holds lessons for China should it attempt to seize Taiwan by force.

Among many surprises thrown up by Russia’s invasion of its neighbour is the lacklustre performance of its air force – or aerospace forces, as they are referred to. 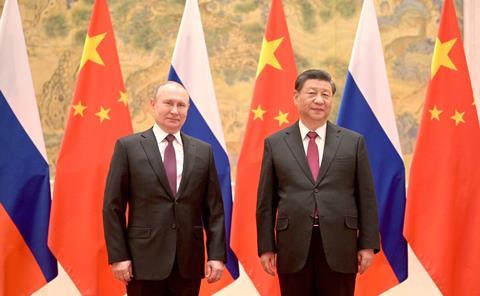 Two weeks into the war, Russia has yet to obtain the aerial supremacy that would allow Russian aircraft to roam freely at all altitudes and times. Despite initial attacks on Ukrainian air bases, Ukraine’s small air force has been able to continue a degree of operations.

Reports suggest that Russian pilots, in bids to avoid both threats, fly mostly at low levels in pre-dawn or twilight hours. According to the Ukrainian government, 49 Russian aircraft, 81 helicopters and seven unmanned air vehicles have been downed. Even if these numbers are exaggerated, as is likely, they reveal the challenges facing Russian pilots.

Like Moscow before its Ukrainian fiasco, Beijing claims a war against Taiwan would be over quickly. Taiwan, Beijing seems to believe, will wilt under formidable air attacks and a rain of missiles. Events of the last two weeks, however, should give even the most hawkish Chinese invasion planners pause.

One lesson is that Russia’s military appears to face challenges operating as a joint, networked force, with airpower and ground forces working seamlessly as a team. A lack of air support has probably contributed to losses suffered by Russian ground units.

War against Taiwan would involve the added complexity of amphibious operations. Chinese air, land and naval forces would need to operate in perfect harmony to overcome Taiwanese defenders. The ability to fight as a tightly knit team would be at an even-greater premium should Japanese and US forces enter the fray.

Russia’s Ukraine experience is also likely to underline to Beijing the criticality of having large stocks of precision guided munitions (PGMs). It is understood that Russia has a shortfall of such weapons, forcing it to resort to unguided weapons dropped from low altitudes.

If Beijing were to run short of PGMs early in a Taiwan conflict, it would be all the more challenged to strike mobile missile systems and other targets. Moreover, detecting targets in the cities and mountains of Taiwan will be challenging if Beijing fails to secure and maintain aerial supremacy over the island. 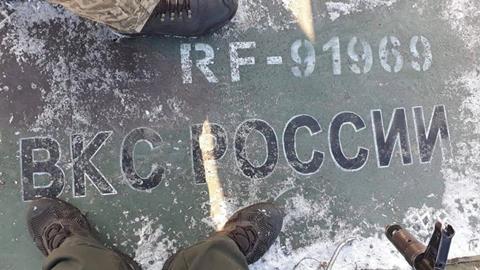 The remains of an Su-25 shot down over Ukraine

Perhaps another lesson involves dangers inherent in using helicopter-borne forces. Early in its invasion, Russia mounted a helicopter raid to seize Gostomel airbase on the outskirts of Kyiv. Despite some helicopter losses, Russian troops secured the airport. But in the absence of reinforcements – fixed-wing transport pilots dared not land for fear of MANPADs – they were forced to retreat.

Nonetheless, it is speculated that Beijing may see a role for daring helicopter-borne assaults against Taiwan, as evidenced by the construction of a new helicopter base opposite Taiwan in Fujian province.

To perform such an assault, helicopters would need to cross the open skies of the straits to first deliver and, later, resupply troops. During this transit they will be vulnerable, particularly if Beijing fails to sweep Taiwanese and allied fighters from the skies. MANPADs and SAMs, which Taiwan possesses in significant numbers, will pose a major challenge.

Given the inevitable challenges Beijing’s heavy forces will face sailing the 97nm (180km) Taiwan Strait, any light forces sent to Taiwan by helicopter face the prospect of being cut off.

The story of Russia’s Ukrainian war is still being written. Airpower practitioners from China and elsewhere will pore over its lessons for years.

Still, it is to be hoped that Beijing learns the main lesson thrown up by Russia’s invasion, which is that starting an unprovoked war with a neighbouring country is as risky as it is abhorrent, and that it is far wiser not to resort to war in the first place.