Italy, Japan and the UK have agreed to jointly develop a future fighter, with the nations to advance the effort via a trilateral Global Combat Air Programme (GCAP) activity.

Announced on 9 December, the project “will see the three nations build a truly international programme, with a shared ambition to develop a next-generation fighter aircraft”, according to the UK. 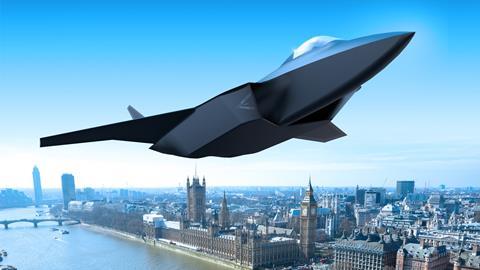 London says the endeavour “will build on the substantial progress already made” by the Team Tempest grouping since the launch of the UK’s Future Combat Air System (FCAS) activity in 2018. This work has involved BAE Systems, Leonardo UK, MBDA UK, Rolls-Royce and the UK Ministry of Defence, and currently employs more than 2,500 people, including at subcontractors.

“The joint announcement highlights the close government, military and industrial links between the nations,” the UK notes. “The GCAP could secure or create thousands of UK jobs while keeping irreplaceable combat air engineering skills onshore for another generation,” it adds.

“We need to stay at the cutting-edge of advancements in defence technology – outpacing and out-manoeuvring those who seek to do us harm,” says UK Prime Minister Rishi Sunak. “The international partnership with Italy and Japan aims to do just that, underlining that the security of the Euro-Atlantic and Indo-Pacific regions are indivisible.”

“We look forward to strengthening our ties with Japanese and Italian industries as we work together to deliver this programme of huge importance to our global defence and security,” says BAE chief executive Charles Woodburn. “The agreement with Japan and Italy is fundamental to meeting the goals set out in the UK Combat Air Strategy,” he adds.

BAE in July 2022 announced that it is producing a demonstrator for a sixth-generation Tempest fighter, with this due to be flown for the first time in 2027. 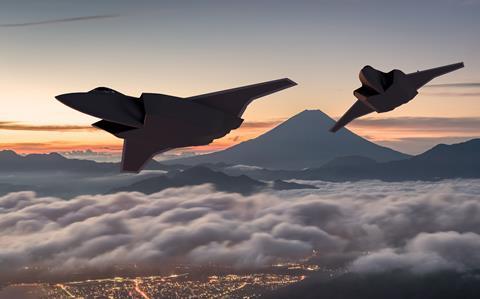 Joint programme should deliver future combat assets for use by Japan

Leonardo, meanwhile, is already working with Mitsubishi Electric on the Jaguar advanced radar demonstrator project, with the work having been initiated in support of the UK’s FCAS and Japan’s F-X fighter development activities.

“The emergence of a single international programme, backed by three governments, represents a major point of maturity for our shared combat air vision and a strong vote of confidence in the readiness of industry to deliver the programme,” says Mark Hamilton, managing director electronics UK, Leonardo.

“The future aircraft’s integrated sensing, non-kinetic effects and integrated communications will be at the heart of the system’s capability, ensuring that our armed forces can effectively respond to the threats of the future,” he adds.

“We will work with multi-national industrial partners to enable seamless integration, rapid evolution and effector networking to make any platform, any sensor, any effector a reality,” says MBDA managing director UK Chris Allam.

Italian industrial involvement will include participation by companies including Avio Aero, Elettronica and Leonardo. 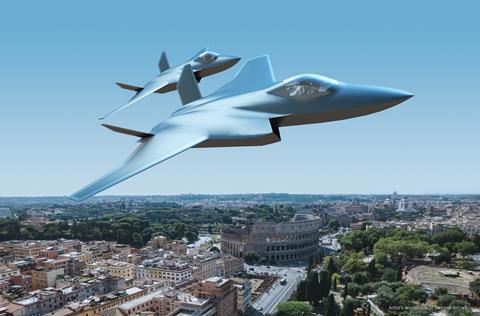 Sweden was originally also involved in studying potential shared FCAS requirements alongside the UK and Italy, but is no longer participating in the effort. Stockholm’s near-term combat air needs will be met using a 60-strong fleet of Saab Gripen E fighters, due to enter frontline operational use in the nation in 2025.

The UK’s FCAS activity was due to deliver a manned successor for the Eurofighter Typhoon, for service entry in 2035. It is unclear whether the GCAP development will retain this schedule.