“The handover last month followed the successful conclusion of the acceptance test procedure (ATP),” the MoD announced on 6 October. 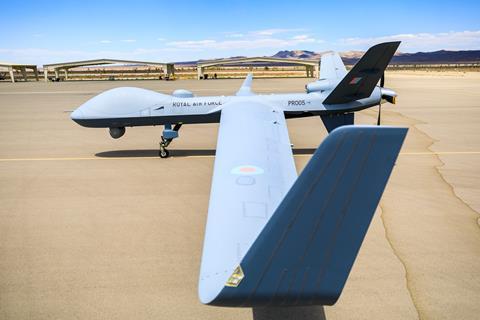 Conducted jointly with the type’s manufacturer over a two-month period at its Desert Horizon flight operations facility in El Mirage, California, the ATP process “included all inspections and tests performed on the hardware in operation for the aircraft and in conformance with the functional specification and technical requirements”, the MoD says.

“The aircraft [PR005] remains in the USA to participate in the initial training programme for the RAF,” the MoD adds, with this work involving service technicians.

The MoD expects the Protector to secure certification and enter operational service during 2024, with the objective being to gain approval to fly the type in non-segregated civilian airspace. It notes that the platform’s up to 40h flight endurance “offers the RAF vastly improved armed ISTAR [intelligence, surveillance, target acquisition and reconnaissance] capability”. 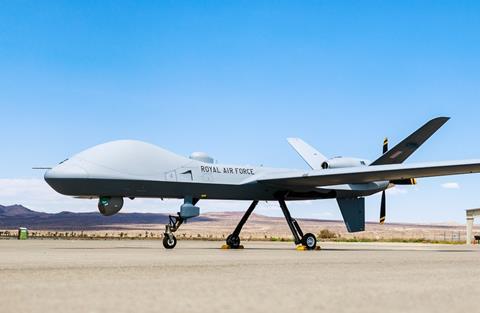 The UK is acquiring a fleet of 16 medium-altitude, long-endurance Protectors for operation by Waddington, Lincolnshire-based 31 Sqn, along with seven ground control stations. For offensive duties, the type will be armed with MBDA Brimstone 3 air-to-surface missiles and Raytheon Systems Paveway IV precision-guided bombs.