Airbus has delivered the first A320neo-family aircraft from its manufacturing site in Mobile, Alabama, handing over an A321neo to Hawaiian Airlines.

The delivery marks a milestone for Airbus's Mobile site, which until now had delivered only so-called "current engine option" A320-family types.

The first flight of Hawaiian's fourth A321neo, the first Neo to be delivered from Airbus's Mobile site. 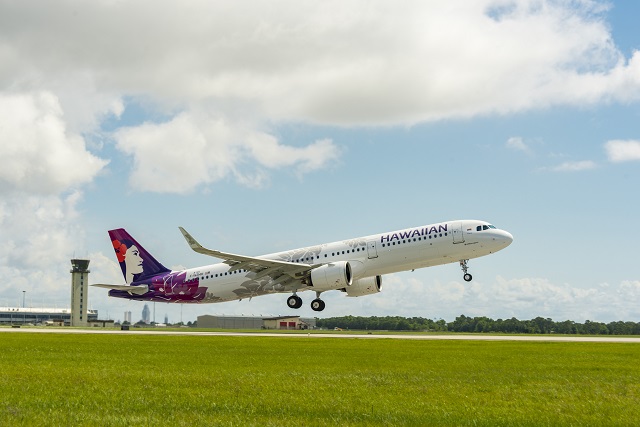 Airbus's Mobile facility delivered its first aircraft to JetBlue Airways in 2016, and, with today's Hawaiian hand-off, has delivered a total of 72 aircraft, says Airbus.

Hawaiian now has four A321neos in its fleet, with another 14 on order, according to Flight Fleets Analyzer.

Airbus resumed deliveries around the end of April, and Hawaiian received its third A321neo on 7 May, according to Flight Fleets Analyzer.

Hawaiian operates A321neos between Honolulu and both Portland and Long Beach, but has plans to soon expand flying to additional routes, it says.

The interior of Hawaiian's fourth A321neo. 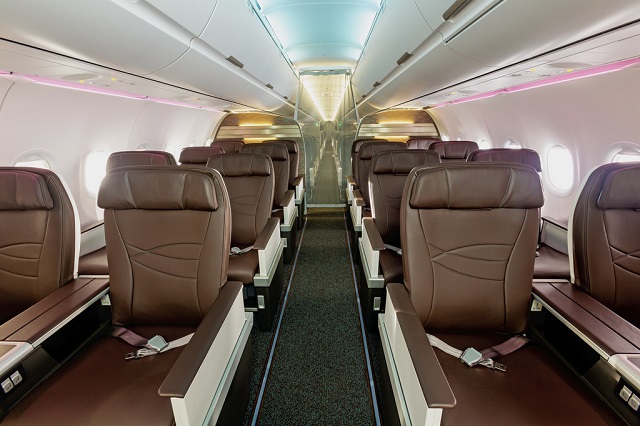