Since Boeing handed the first 747-100 (N733PA) to Pan Am at its Everett plant near Seattle on 12 December 1969, the world’s manufacturers have delivered almost 9,700 more widebodies to airlines, governments, air forces – and even some wealthy individuals.

Fleets data from Cirium shows that, appropriately, the majority of widebody deliveries have been made by the company that created the concept. And unsurprisingly, the Asia-Pacific region has proved to be the largest market, taking over one-third of all deliveries. Middle East powerhouse Emirates is the largest single widebody customer, having taken delivery of 360 to date. 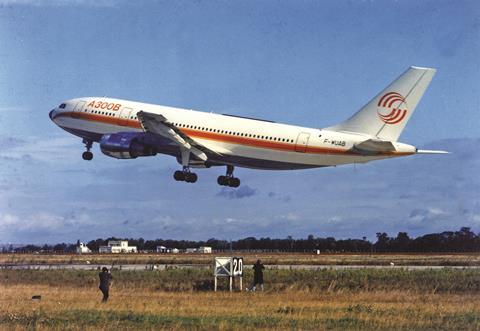 Airbus – which created its own revolution with the A300B twinjet, has delivered a total of 3,302 widebodies. It does not even hold the crown for the most twins delivered (2,683 versus 3,807 Boeings) – despite having pioneered the concept.

The Soviet Union joined the widebody race in the mid-1970s with its Ilyushin Il-86, but deliveries to date of this quadjet and its later iterations amount to less than 130 aircraft.

For much of the past half century, the 747 was a powerhouse in the widebody sector accounting for more sales than the two trijet types combined when DC-10 and Lockheed L-1011 TriStar production ended in the 1980s. By that time, Boeing had a second widebody in production – the twin-engined 767 – and Airbus was poised to enter the long-haul sector with its A330/A340 twin/quad family. The A340 arrived first, in 1993 – the same year that Boeing passed 1,000 747 deliveries. The A330 followed a year later.

Toulouse’s family-based offering initially went up against the DC-10-derived MD-11, which proved relatively easy pickings, especially after Long Beach misfired on performance promises. However, Airbus had not reckoned on a very aggressive response from Seattle. Rather than adopting a derivative approach based on the 767 as Airbus expected and hoped, Boeing went for a clean-sheet design and created what has become the best-selling widebody of all time – the 777.

The 777 arrived in June 1995, delivering the sort of payload/range performance that was previously the domain of three- and four-engined designs. It also tackled extended range over water operations in its stride.

By then, however, Airbus’s main focus was at the top end of the market, as it jealously sought to overthrow Boeing’s jumbo. Convinced that size was the answer to all the network carriers’ requirements, the A380 was launched in 2000 and entered service by 2007.

But by then, Boeing had started another widebody revolution with its mostly composite 787 twinjet, which was launched in 2004 and entered service seven years later. Airbus scrambled to respond with a series of false starts before finally getting the all-new A350 XWB into service in 2014 – with any disadvantage caused by its own indecision partly offset by Boeing’s overly ambitious production system for the Dreamliner, which created unprecedented programme delays.

Fifty years after it arrived, the widebody sector now enters an era of uncertainty. Over the next years, production of the 747 will be wound up – but not before Airbus calls time on what should have been its successor, the A380, after just 14 years and some 251 deliveries. Despite all the superlatives about the Airbus superjumbo’s passenger experience and people-moving capabilities, it is hard not to view it a strategic and financial disaster.

Meanwhile, Boeing has the task of completing development of its second-generation 777, which becomes the flagship of its product line. The question is how much appetite will exist in the post-coronavirus world for what will soon be the world’s largest in-production airliner?