Avianca to codeshare with Gol as it overhauls business

Avianca has disclosed that it will begin a codesharing agreement with Brazil's domestic market leader Gol, further expanding the Colombian flag carrier's network in South America's largest aviation market as it moves forward from a challenging year.

Avianca has disclosed that it will begin a codesharing agreement with Brazil's domestic market leader Gol, further expanding the Colombian flag carrier's network in South America's largest aviation market as it moves forward from a challenging year.

"It's something we have been working on for quite a while," said Avianca's chief executive Anko van der Werff at the ALTA Airline Leaders Forum in Brasilia on 28 October. "This is fantastic news, especially for consumers, to connect three strong economies in South America – Colombia, Peru and Brazil." 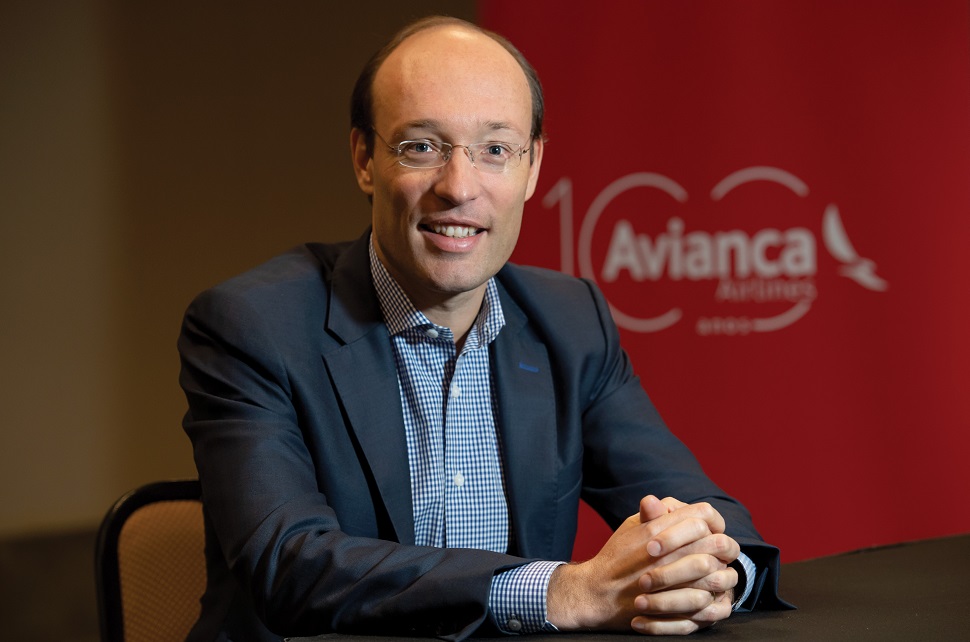 Avianca's director of alliances, Ana Maria Copete, adds that the network will expand by "more than 60 destinations both ways".

The crisis-ridden Colombian airline is in the process of implementing a comprehensive strategic turnaround plan designed to bring the business back to profitability. It has restructured debt, changed ownership and hired a new management team, including Dutchman van der Werff, a veteran of KLM, Qatar Airways and Aeromexico.

A major strategic pillar of the plan is optimisation of the airline's Bogota hub operation with new destinations and connections better suited to higher-yield traffic.

Van der Werff, who has been in his job for just over three months, says Avianca strives to take advantage of Bogota's location in the heart of the Americas, and strike a balance between north and south.

"Bogota is really well positioned to connect north and south [America], right in the middle and right down the centre," he says, adding that the focus will be on fewer domestic routes and more international connectivity.

Avianca said in mid-October that it will launch a new flight from its hub in Bogota to Paraguayan capital Asuncion and relaunch a previously abandoned flight from Bogota to Uruguayan capital Montevideo. And van der Werff hinted that there will be more. "There's at least three or four more coming in 2020."

Looking north, he says that the airline's planned three-way joint venture with United Airlines and Panama's Copa Airlines is taking longer to finalise, but it is definitely still on track.

"You do these things for a reason," van der Werff says. "We will file for the joint venture, but let's also be fair, we also needed a bit more time to make sure that we did not file something that in the end needed to change drastically. What we have been making sure the last few months is that we are absolutely clear what kind of footprint and participation will we really have."

Part of recent discussions with the two other partners was whether or not Brazil will be included in the agreement, he adds. "I have seen joint ventures work all my life, I am a big believer in joint ventures, and it's just a matter of time before we file and start getting the goodies from this joint venture."

With the youngest fleet in Latin America at an average age of 6.7 years, Avianca's offering is comprehensive. The airline operates a large Airbus fleet for the shorter routes and also has 13 Boeing 787s in service, Cirium fleets data shows.

As part of the turnaround process, the airline is taking a critical look at overcapacity within its network. "We are definitely taking capacity out," van der Werff says. "We grew too much and we grew too fast, so we are now taking matters into our own hands."

Avianca said during its second-quarter earnings report in August that toward the end of 2019 capacity will decline year-over-year as it works to cut unprofitable flying from its schedule. Van der Werff says that is still the airline's plan.

"Gradually for the next few quarters we will dip and then grow back to almost zero, and then in 2021 it's a different ballgame again," van der Werff says.