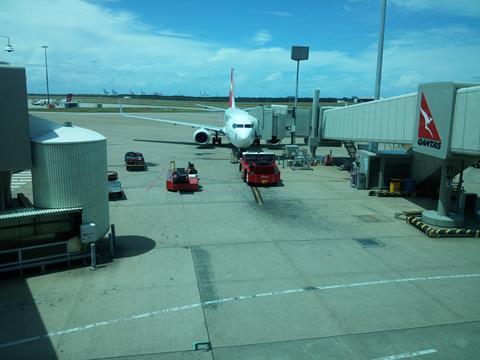 The chart indicates that the airline is largely satisfied with its international fleet widebody fleet.

Further out, the carrier could obtain the A350-1000 should it decide to launch ultra-long haul services under its Project Sunrise plan, which could see direct flights launched from London and the USA’s eastern seaboard to key Australian hubs such as Sydney and Melbourne. A decision on whether to move forward with Project Sunrise will be made at the end of March, resulting in a potential order of up to 12 aircraft. Should it move forward with the plan the airline has already decided on a cabin configuration.

As for Qantas’ A380s, the carrier states that it will complete refurbishment works by the end of the year.

The carrier’s domestic fleet is set to see significant changes in the coming years, with a clear focus on simplification. The chart suggests that 180 existing aircraft (the 28 Qantas A330s, 77 Jetstar A320ceos, and 75 737NGs) will be partially replaced by 109 A320neo jets on order – Cirium fleets data indicates that the majority of these will be A321neos. Of these, 18 A321LRs will arrive before 2022.

The 737 Max and additional A321LRs also remain “under evaluation.” 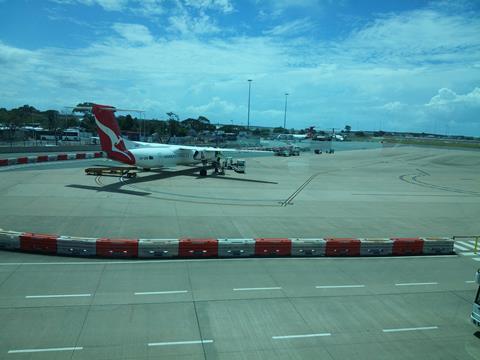 Further to the right, under the “evaluating future technology” label, sits the A321XLR, for which Qantas has options, and what Qantas refers to as the “NMA (797),” which remains “under evaluation.”

Qantas has been evaluating the NMA for some time, but Boeing has said that it will re-think its approach to the NMA proposition.

The Qantas Group has a gaggle of regional aircraft under the QantasLink brand that will eventually need to be replaced. These comprise 20 717s, 17 Fokker F100s, 50 Bombardier turboprops, and a trio of A320s.

The Airbus A220 and Embraer’s E2 family of regional jets are under evaluation for the replacement of the group’s smaller narrowbodies. In addition, 45 of the carrier’s turboprops will see a cabin refresh, but there is no indication that a new turboprop is being evaluated.