Airbus is developing a modification for the A320neo which will increase the performance of the type on short runways.

The airframer is intending the performance-enhancement package to be an option on the re-engined type, which is due to enter service this year.

Airbus embarked on the short-airfield scheme – which it has designated ‘SHARP’ – to assist with operations into airports including Rio de Janeiro’s Santos Dumont.

Santos Dumont has a runway which is only 1,320m (4,330ft) in length. The airframer says it has identified a number of A320neo customers which “would like to fly” into the airport.

“[This package] will allow them to do so,” it adds.

Airbus says the upgrade, developed by its UK and German engineering personnel, includes a composite panel modification to the wing-root fairing which will “optimise” airflow, and enable slower approach speeds. 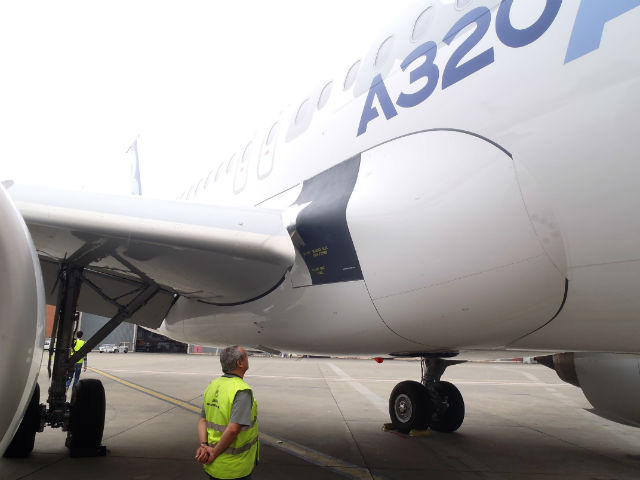 Airbus says flight-testing of the modified section – which could be offered as a retrofit – has been “successful” and that the design is being finalised ahead of the cutover to A320neo production.