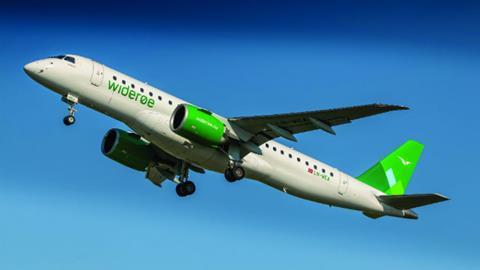 It says OGMA’s first E2 job will be to maintain an aircraft operated by Norwegian carrier Wideroe.

OGMA, of which Embraer owns 65%, is central to that plan.

“Obtaining this certification by OGMA is a crucial strategic step to strengthen Embraer’s presence in [Europe, the Middle East and Africa], and is an unmistakable sign of the continued commitment we make to Portugal as a leading technological partner,” Bordais says of OGMA’s new E2 maintenance certification.