Ceramic matrix composites destined for use on the General Electric GE9X engine have passed the first phase of endurance testing with no red flags, despite a surprise exposure to an unplanned engine surge.

Boeing expects the 777-9X to enter service in 2020 with two GE9X engines offering 10% lower specific fuel consumption than the GE90-115B engines that power the 777-300ER. Part of that fuel efficiency gain is achieved by raising pressure levels inside the engines, which increases internal temperatures beyond the practical reach of metal alloys. 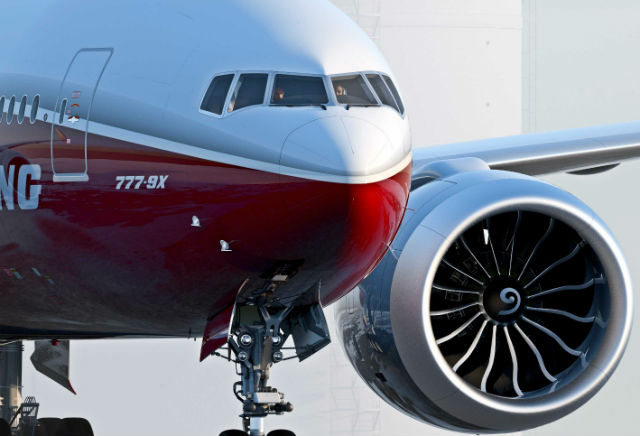 So GE is relying on CMCs in several key engine components, including the inner and outer combustor liners, the shrouds around the Stage 1 high-pressure turbine (HPT) and the nozzles for the Stage 1 and Stage 2 HPT. CMCs are lighter than metal and can survive in hotter temperatures, but have been rarely used because of concerns about durability, thermal shock and the cost of production.

GE plans to start building the first GE9X core for testing next year, so the engine maker believed it was essential to verify that the CMC materials work as promised.

Testing began in March with combustor liners and HPT shrouds and nozzles that GE scaled down for a GEnx demonstrator engine. The ground rig testing will run through a full service life of 20,000 cycles, but the manufacturer paused the testing in August after completing 2,800 cycles to see how the components had fared.

"It was a big success for us," says Jonathan Blank, general manager of CMC and advanced polymer matrix composite research at GE Aviation. "It was a validation of our design and manufacturing processes." 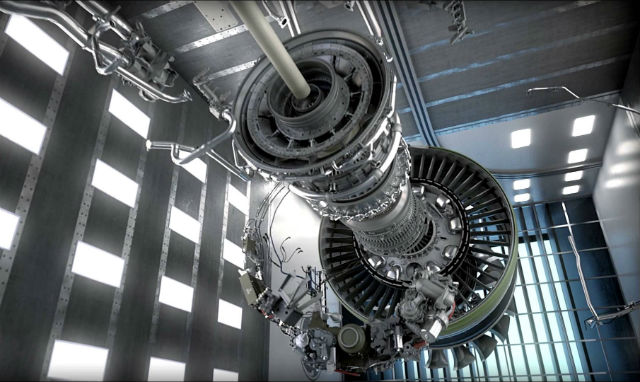 The testing pause allowed GE engineers to check for signs of thermal damage or stress. CMCs are made with toughened resins that make the material much stronger than ceramics alone. The material has been deployed as the combustor liner and HPT Stage 2 shrouds in the CFM International Leap engine, which will power the Airbus A320neo, Boeing 737 Max and Comac C919. But the GE9X environment includes a 20% higher pressure ratio than found inside the Leap, with elevated temperatures and stresses.

The GEnx demonstrator testing offered the first chance to evaluate how the material would perform in such an environment. GE is still analysing the test results, but early checks and visual inspections revealed no damage, Blank says.

"The engine proved out the technology in a similar temperature and stress engine environment for us," he says.

One risk of ground-based demonstrator testing is that the environment is so controlled that it falls short of the random reality of operational service. But the recent series of tests on the GEnx demonstrator provided a bit of randomness when the engine experienced a violent surge. The cause of the surge was traced back to what Blank vaguely describes as a lapse in the testing environment.

But the event offered the tests rare early data on how the material performs in such an incident. There were "no issues whatsoever", Blank says. The CMC components were inspected, but allowed to remain in the engine to continue the testing series.

The manufacturer created a vertically integrated supply chain for the CMC components, Blank says. New ideas for components and production concepts are hatched at GE's laboratory in Evendale, Ohio. As those concepts mature into products and production processes, they are handed over to another facility in Newark, Delaware. That facility accepts prototypes from Evendale and turns them into real production hardware with actual tooling and jigs. Finally, the Newark facility hands off those ideas to a full-rate production facility in Asheville, North Carolina, where the workforce is focused solely on production.

The system is operating now to support the ramp-up of the Leap engine programme, which begins in earnest next year as the A320neo enters service.