Blue Origin suborbital dream off the ground with maiden flight

US rocket developer Blue Origin took a major step towards entering the commercial suborbital flight market yesterday, with the first test flight of its New Shepard capsule and BE-3 launcher.

The capsule landed safely by parachute, but the main propulsion stage, which should have returned to the pad for a controlled vertical landing, was lost owing to “loss of hydraulic pressure” during descent.

BE-3 is a precursor to the more powerful BE-4, being developed in partnership with United Launch Alliance and due for test firings in 2016 and flight in 2019. Two of the 550,000lb-thrust, liquid oxygen/liquefied natural gas BE-4 engines will provide thrust equal to the RD-180 first stage engine that powers ULA’s Atlas V.

Atlas V is a workhorse launcher for US security and scientific missions, but its RD-180 engine is ultimately sourced from Russia, which is cutting off exports in response to US and European sanctions imposed over the Ukrainian diplomatic standoff.

The New Shepard capsule is designed for autonomous flight and to carry “three-plus” people depending on the mix of passenger and scientific payload.

A second and third test vehicle are under construction, and an improved hydraulic system is being developed, so “we’ll be ready to fly again soon”, says the company. 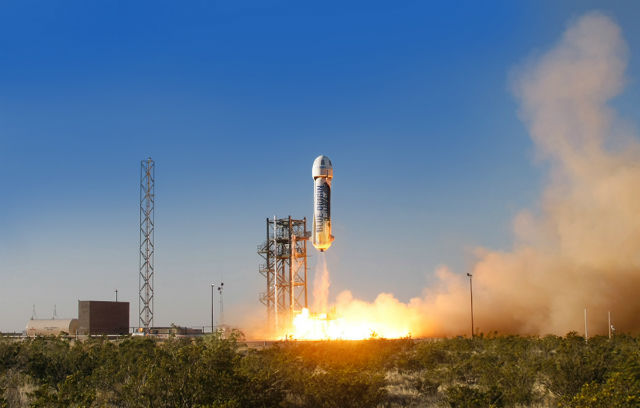 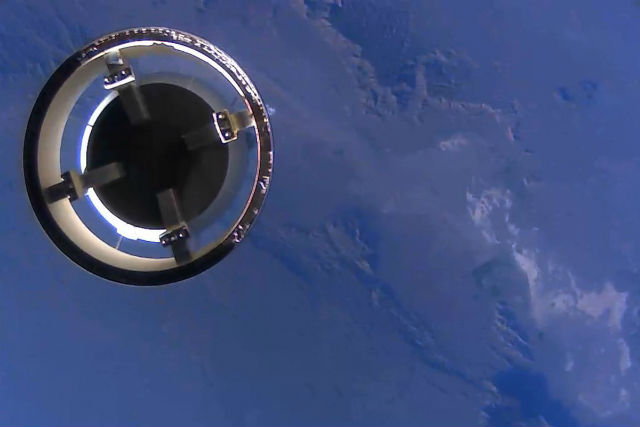 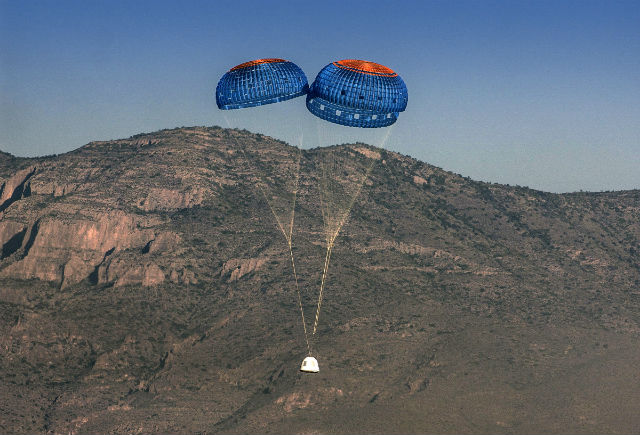