Firefighting personnel are attending an Ethiopian Boeing 787-8 at London Heathrow after an alert which has led to suspension of flights.

Images from the scene show the aircraft (ET-AOP) parked, and surrounded by foam on the apron, with three of its right-hand passengers doors open.

Several airport fire vehicles are attending, supported by police and other emergency personnel.

Heathrow Airport has confirmed that it is dealing with a "an on board internal fire" involving the aircraft which was parked on a remote parking stand.

Boeing says in a statement: "We have Boeing personnel on the ground at Heathrow and are working to fully understand and address this." 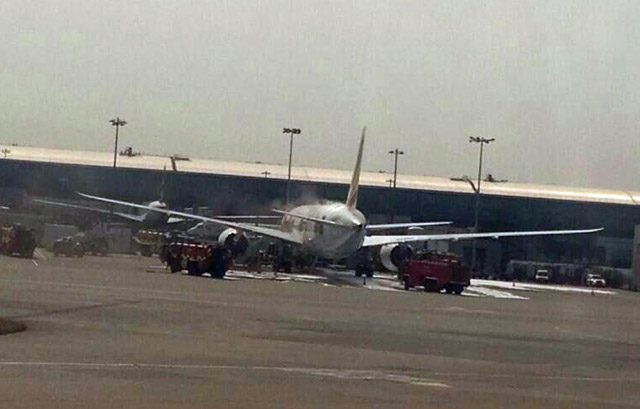 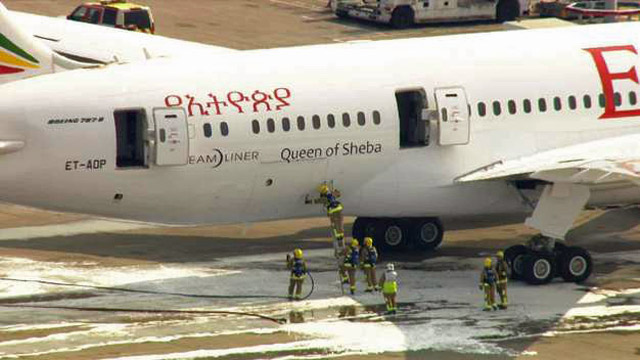 Operations at the airport were suspended while fire crews dealt with the incident.

The airport operator says that the police have informed that there were no passengers on board the 787.

Boeing 787s were grounded for three months at the beginning of the year owing to overheating concerns with the type's lithium-ion batteries, which were subsequently redesigned with containment features. There is no immediate indication that the Heathrow incident is related.