Written by Murdo Morrison, in Kunovice.

As the flight test programme for its EV-55 utility transport gathers pace, Czech manufacturer Evektor is hoping it can generate the investment to take the country’s first new civil aircraft in the post-Communist era into volume production.

The Kunovice-based company plans to fly its two EV-55s for about 200h this year, taking total flight test hours for the programme to more than 500, as it works towards certification for the nine-seat turboprop in 2017.

On 8 April, the first production-conforming EV-55, serial number three, joined an earlier prototype in flight testing, and by 20 April it had completed three, roughly 50min, sorties. 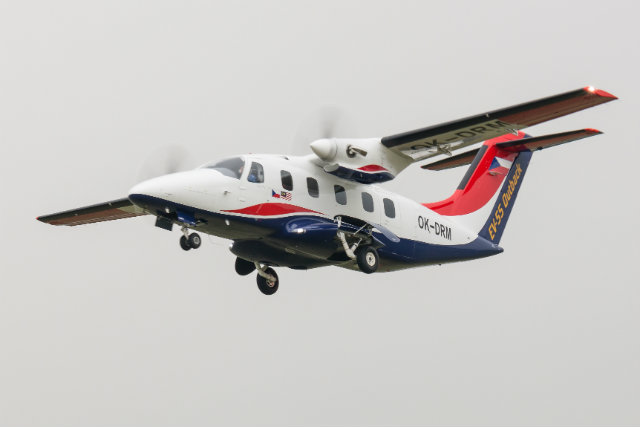 The original prototype, MSN1, has flown around 370h since taking to the air in 2011, initially under the approval of the military authorities but now under the European Aviation Safety Agency. Evektor has also produced a ground-test article, and will add a fourth aircraft, a full-scale fatigue example, this year.

Petr Sterba, deputy director of Evektor, says detailed evaluation will begin soon on the aircraft’s systems, flight characteristics and Pratt & Whitney Canada PT6A-2 engines. “This year we plan to finish development flights and move onto the certification process next year,” he says.

However, although funds for the certification process are understood to be secure, Evektor – in which Malaysian investors have held a minority stake since 2014 – still has to raise the funding to begin full production.

The company is based on the same airfield in the southern Czech Republic as one of the country’s oldest airframers, Let Aircraft Industries, maker of the L-410 transport. Evektor makes much of its revenue from engineering consultancy and design manufacturing for aerospace and automotive manufacturers, as well as architects. It is also one of a handful of Czech manufacturers of ultralight and light sport aircraft. 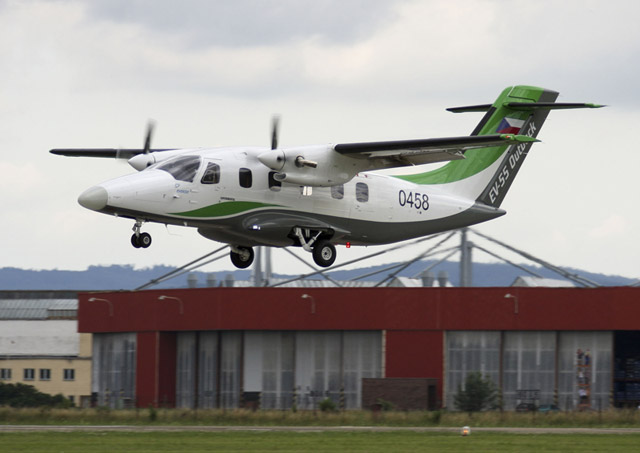 However, the EV-55 is its most ambitious project yet. If it can successfully bring it to production, it would result in two Czech utility transports on the market. Let Aircraft Industries is producing a re-engined NG or “new generation” variant of the larger L-410